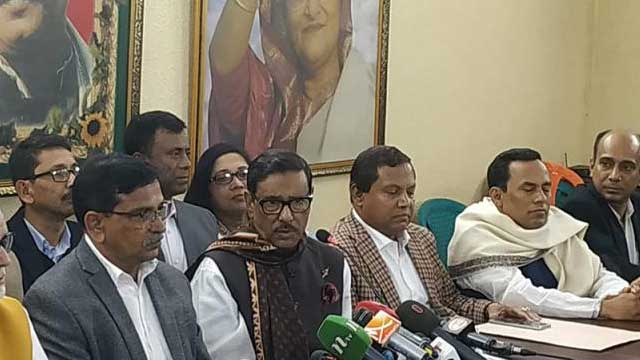 Awami League General Secretary and Road Transport and Bridges Minister Obaidul Quader on Saturday said befitting reply will be given to BNP if the party carries out terrorist activities in the name of movement.

“The government is monitoring BNP’s activities with tolerance. If BNP takes the government tolerance as weakness, they will suffer for that,” he told journalists after a meeting with newly-elected mayors of Dhaka south and north city corporations and MPs at AL president’s Dhanmondi political office in Dhaka.

About the issue of BNP chairperson Begum Khaleda Zia’s bail, Quader said it is the jurisdiction of the court to give her bail.

Quader said if BNP now wages movement for Khaleda Zia’s bail it will go against the court.

“There is no unity inside BNP. How they will wage movement?” he posed a question.

Quader said BNP is now out to spread hatred against the Dhaka city polls after it failed to win the elections.

The AL general secretary said his party will be strengthened further at grassroots to resist the BNP’s anti-government activities.