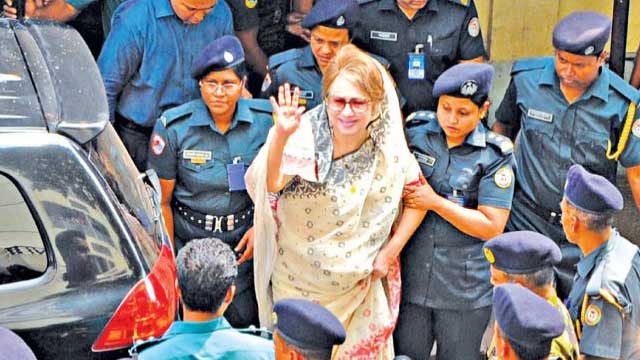 A day before the hearing on a bail petition filed by their party chief begum Khaleda Zia with the High Court, BNP standing committee members held a marathon meeting on Saturday to work out their next course of action.

The meeting that began at BNP Chairperson’s Gulshan office at 4pm ended at 8pm.

However, the party leaders did not brief reporters about the outcome of the meeting.

He said they also discussed what their party will do if Khaleda is granted bail or not granted bail.

The HC bench of Justice Obaidul Hassan and Justice AKM Zahirul Huq is scheduled to hear the petition on Sunday.

Khaleda has been in prison since February 8, 2018 as she was convicted in the cases