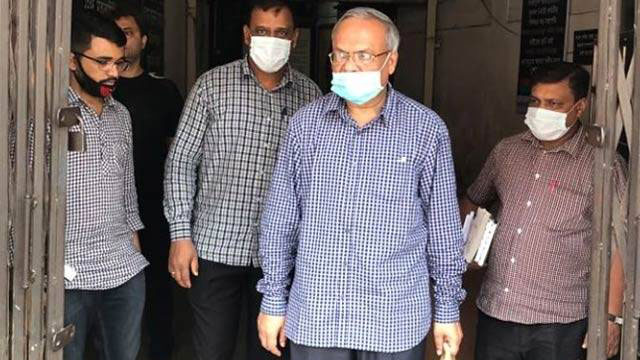 Rizvi left the BNP office around 2:15pm with bag and baggage for his Adabar house in the city.

Amid the police drive against BNP leaders and speculation about sending Khaleda to jail in graft cases, Rizvi took position at the BNP office on January 30, 2018 and has been regularly holding press briefings about the party’s different issues and decision.

He used to say in tinny room on the second floor of the BNP office.

Talking to UNB, he said, “I stayed in the party office for 787 days, since the very beginning of a political transition in the country. As law enforcers started arresting our leaders and activists in a wholesale manner, I took shelter in the office to continue the party’s political activities. But our chairperson was sent to jail on February 8 that year.”

He further said, “After she went to jail, I took a vow that I would stay in the party office until her release. Since she was released yesterday (Wednesday), I’ve decided to go back home.”

Rizvi said he will regularly visit the office to carry out party’s political activities though he returned home.

Khaleda was released from jail on Wednesday for six months upon an execute order considering her age and humanitarian ground.

The government passed the executive order for her release on two conditions -- receiving treatment staying at her Gulshan residence and not leaving the country.

Khaleda was sent to Old Dhaka Central Jail after she had been sentenced to five years’ imprisonment by a special court in the Zia Orphanage Trust corruption case on February 8, 2018.