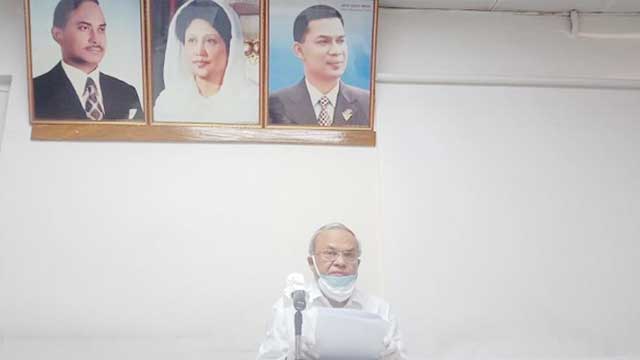 The BNP leader made the allegation on an online press conference from the party central office in Dhaka’s Naya Paltan area on Wednesday.

He also claimed that Bangladesh now topped among over fifty countries of Asia in respect of COVID-19 infections saying that the rate would have been higher if more people were brought under tests.

He said that the situation occurred as the government did not take any preparatory measures to prevent the spread of COVID-19 in spite of BNP’s repeated call to do so.

Rizvi alleged that the government tried to neglect the issue by terming it ‘rumour and conspiracy’ and thought that they would calm the situation by using law enforcement agencies against the people.

After the spread of COVID-19 infection, he said, the healthcare system had collapsed and the hospitals were not able to provide services to coronavirus infected patients properly while other critical patients were facing harassment to get treatment.

He said that BNP, being a people’s party, was conducting humanitarian aid in this situation but the government and ruling party men were hindering relief distribution at places and ‘lodging false cases against leaders and activists and arresting them.’

‘The government’s ministers and leaders, sitting at safe places, had been mocking at and disregarding BNP’s such great initiatives,’ he said.