Overcrowded transports a cause of concern: BNP 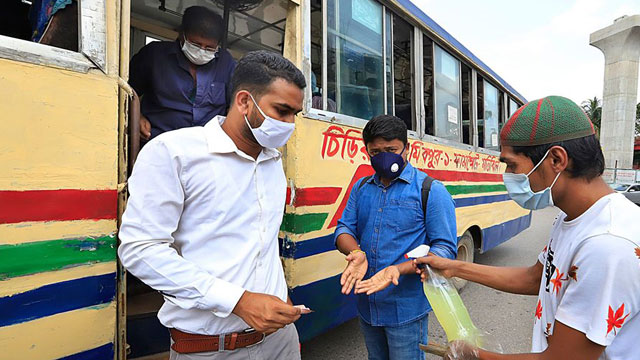 "Although the government was supposed to resume public transport services based on some conditions, those have not been implemented at all. It’s seen that health hygiene rule is being ignored in all modes of public transport, including buses, launches, tempos and auto-rickshaws,” he said.

Speaking at an online press briefing, the BNP leader said people are getting into long-distance buses amid huge rush. Some buses are carrying passengers on their rooftops. There’s been overflow of passengers in launches, ignoring social distancing.

“In fact, the government has surrendered to the transport syndicate,” he claimed.

Rizvi alleged that the government is doing everything only to serve the interests of the ruling-party syndicate, and accused the government of “miserably failing” to tackle the disaster, pandemic and ensure security for the lives of people and their property.

The BNP leader said though some buses are leaving the capital with 50 percent passengers, the transport workers are taking passengers from outside the city. “Not only that, even though 60 percent additional fare is supposed to be charged by the bus operators, 80 percent or more is being charged in some cases.

He said these irregularities are indications of the government's “limitless failures”.

Rizvi said the government lacks the capability to tackle the coronavirus situation and alleged it reopened everything with the excuse of livelihoods ignoring the risks to the people’s lives.