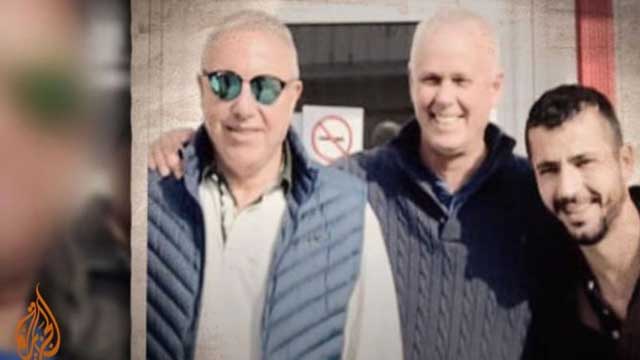 Bangladesh has bought Israeli-made surveillance equipment that can be used to monitor the mobile phones of hundreds of people simultaneously, an Al Jazeera investigation has found.

Documents and statements obtained by Al Jazeera’s Investigative Unit show that the Bangladesh army purchased the Israeli equipment in 2018 using a Bangkok-based middleman and Bangladeshi military intelligence officers were trained in Hungary by Israeli intelligence experts.

The contract Al Jazeera acquired lists the condition that both parties to the sale sign a non-disclosure agreement. It also lists the country of origin for the equipment as Hungary, although secret recordings by Al Jazeera show the middleman explicitly saying the equipment was from Israel.

“The contractor said no way that people in Bangladesh should know that this product comes from Israel,” Al Jazeera’s undercover source, Sami, whose name has been changed for his security, said.

Bangladesh has no diplomatic relations with Israel and trade with it is prohibited. It has the world’s fourth-largest Muslim population and does not allow its citizens to travel there, citing the military occupation of Palestinian lands. Officially, it has said it will not recognise Israel until there is an independent Palestinian state.

The revelation is part of the Al Jazeera investigation All the Prime Minister’s Men, which exposes the close relationship between a powerful Bangladeshi crime family, which the country’s head of the army belongs to, and Prime Minister Sheikh Hasina.

The investigation reveals that a key figure in the procurement of military equipment is Haris Ahmed, a convicted criminal and brother of the head of the Bangladesh army, Aziz Ahmed. Haris, who has now returned to Bangladesh, resettled in Hungary in 2015 using a fake passport when he was under an Interpol red notice and wanted in Bangladesh for a murder committed in 1996.

Haris is one of five brothers in the Ahmed family, four of whom have ties to criminal activity including murder. The fifth brother is Aziz, head of the army, who has close ties to Sheikh Hasina.

The investigation reveals how the Ahmed family has all the tools of the state at its disposal, including the commuting of sentences, obtaining false documents and the arrest of political opponents.

Al Jazeera managed to track Haris down and discovered he has been running several businesses across Europe with the help of his high-placed brother, who has been aware of Haris’s whereabouts and even met with him several times despite the fact Bangladesh law enforcement has an arrest warrant for him.

The spyware contract involved paperwork that tried to disguise the true nature of the deal and involved front companies. It was, in effect, a deal between the Bangladesh military intelligence agency, the Directorate General of Forces Intelligence (DGFI), and PicSix, an Israel-based firm run by former Israeli intelligence agents. A Bangkok-based Irish national, James Moloney, acted as a middleman.

The contract for the acquisition of the P6 Intercept was signed one day after Aziz Ahmed, Haris’s brother, became head of the Bangladesh army.

The mobile phone monitoring systems Bangladesh bought, so-called IMSI-catchers, are often used by authorities to keep track of attendees during protests and demonstrations.

“It’s from Israel, so we don’t advertise that technology,” said Moloney, CEO of a Singapore-registered company called Sovereign Systems.

Earlier, Moloney had said that Sovereign Systems was a front for PicSix’s business in Asia, as many countries would not openly do business with an Israeli company.

“We put the cellular or WiFi interception on the website. We are very careful about our public profile,” Moloney continued.

“The technology is very aggressive and intrusive. You don’t want the public to know that you’re using that equipment.”

According to Sami, the Israeli intelligence experts illegally intercepted calls in Hungary in order to demonstrate the efficacy of the equipment to the DGFI officers.

Eliot Bendinelli from Privacy International called the P6 Intercept a tool of mass surveillance, capable of tracing 200 to 300 mobile phones at the same time.

“It behaves like a cell tower, so all the phones in a certain area are going to connect to it and it will be capable of intercepting communications,” Bendinelli told Al Jazeera.

“Everything you’re doing on your phone, text messages, phone calls and websites you’re visiting are going to be intercepted,” he added. “This specific model is also able to interfere with communications, so it’s able to change the content of a text message.”

“Knowledge is power, so if you know where people will be meeting up and what they are planning to do, you have the power to act.”

Haris boasted to Al Jazeera’s source he had done exactly that, using information obtained through electronic surveillance to act and take out one of his rivals.

The Investigative Unit contacted all those involved, including the DGFI, Haris and Aziz Ahmed, as well as PicSix, inviting them to respond to its findings. They did not.

James Moloney told Al Jazeera that Sovereign Systems had not been the company that contracted with the Bangladeshi Army, but said nothing regarding his role as middleman in the illegal spyware deal.

On Monday, following the release of the film, Bangladesh’s foreign minister denied in an interview with the BBC that the country had ever bought mobile phone interception equipment from Israel.-Al Jazeera