No new sanctions to announce at this time: US State Department 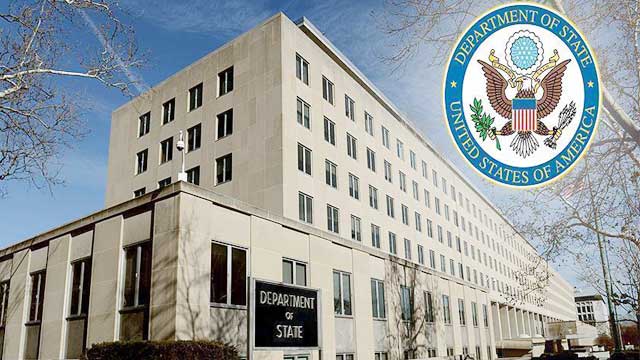 The United States is not going to impose any sanctions on the top officials of Bangladesh who are involved in the ongoing human rights violations, extrajudicial killings and corruption. In reply to a question on Bangladesh's situation including human rights violations and extrajudicial killings, a State Department official said, “We have no new sanctions to announce at this time.”

End of the last year, the United States Bipartisan Senate Committee on Foreign Relations (Democrats and Republicans) issued a letter to the State Department to impose sanctions on senior commanders of Bangladesh’s law and forces agencies which has reportedly killed more than 400 people extrajudicially since 2015.

Acting Deputy Assistant Secretary for Visa Services Julie Stufft at a briefing at State Department’s Foreign Press Center on Tuesday answered questions from reporters on US immigrant visa processing at embassies and consulates.

At the briefing, M Mushfiqul Fazal, State Department Correspondent of JustNewsBD, asked, “I’m just asking a question in particular on Bangladesh, because recently we heard that the B1/B2 especially, the visitor visa, is not issuing I can guess for this pandemic. But before the pandemic, people – who are applying; I got some information that the B1/B2 decline ratio is higher. So is there any particular reason for this?”

In response Julie Stufft said, “Thank you for the question. I don’t know exactly what our posture is right now at Embassy Dhaka, but I would refer you back to the website. Our posts are committed to making sure that our – their websites are up to date, and that is the most up-to-date information about the current posture of who’s being interviewed currently.So with regard to nonimmigrant visas or, or course, immigrant visas, which are a priority, that’s going to be laid out on the website.”

The official said, “Posts that process nonimmigrant visa applications are prioritizing travelers with urgent needs, foreign diplomats, mission-critical categories of travelers (such as those coming to assist with the U.S. response to the COVID-19 pandemic), students, and temporary employment visas. Applicants should check the website of the nearest embassy or consulate for current operating status. “

In another question the reporter asked, In Bangladesh, particularly law enforces agency, they are involved in extrajudicial killing in Bangladesh. I think that you are closely following the situation that's going on in Bangladesh. End of last year the Senate foreign relations committee urged the State Department to impose sanctions on senior officials of the law and forces agency which reportedly killed hundreds of the opposition leader and workers, journalists and free minded people. Do you have any plans to apply visa restrictions or sanctions to those high profile individuals who directed or killed people and were involved in massive corruption?”

In reply the Acting Deputy Assistant Secretary said, “Thank you very much. I appreciate the question. We’ll take that for you and get back to you.

Later in a written reply on that issue the State Department official said, “We have no new sanctions to announce at this time.”