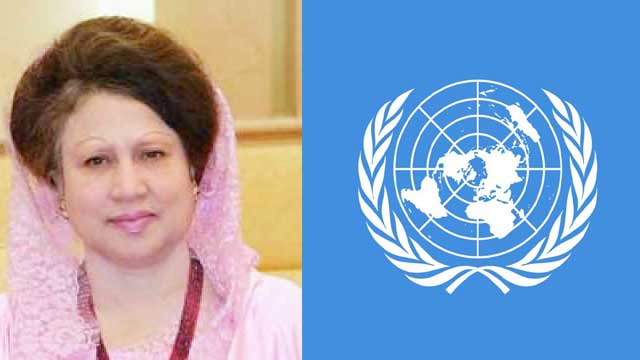 The United Nations hopes former Prime minister of Bangladesh Begum Khaleda Zia will receive proper treatment in her critical health condition. Besides, it also expressed hope that the former prime minister’s health condition would not be in any danger.

Stéphane Dujarric, spokesperson to the Secretary General, made this comment in response to a question by UN correspondent Mushfiqul Fazal about the deteriorating health condition of popular leader of Bangladesh and former Prime minister Begum Khaleda Zia at the regular UN noon briefing on Friday.

The spokesperson also expressed hope that the former prime minister’s physical condition would not be in any danger.

At the briefing, journalist Mushfiqul Fazal asked, “I want to ask about Bangladesh and popular leader of the country, Khaleda Zia. As you know, she was in jail with a fabricated corruption case. And she was released in March 2020. But virtually, she was house arrest. Now she is hospitalized, and her health condition is very critical. And so, I want to know what is your call to Bangladesh authority to ensure her proper treatment as her movement is restricted by the authorities?”

In reply, the spokesperson to the Secretary General said, “I don’t have much to say except, of course, we do hope she receives the proper health treatment and that her health is not put in any danger, as we would say for anyone.”