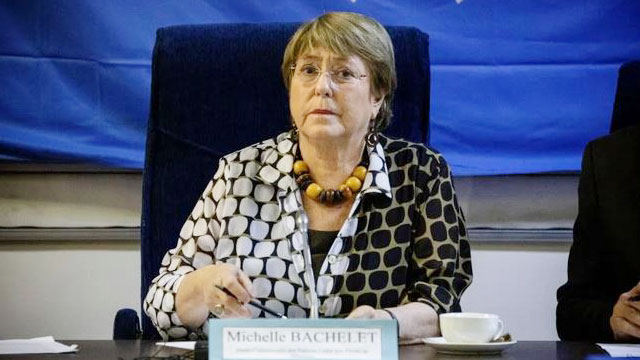 Bachelet will visit Bangladesh from August 14-18, 2022. During the trip, she will meet with government officials and civil society organizations and visit the Rohingya refugee camps. If the high commissioner fails to clearly condemn these abuses and seek reform, the ruling Awami League could use her silence to legitimize its abuses and undermine activists.

Hundreds of Bangladeshis have been forcibly disappeared, tortured, and killed since the government led by Prime Minister Sheikh Hasina first took office in 2009. Although security forces in Bangladesh have long committed grave human rights abuses under successive governments, including torture and extrajudicial executions, enforced disappearances in particular have become a hallmark of Sheikh Hasina’s rule of more than a decade.

After the US Treasury Department announced sanctions on the Bangladesh military’s notoriously abusive Rapid Action Battalion (RAB) in December 2021, the government retaliated against victims’ relatives, human rights defenders and their families, and human rights organizations.

High Commissioner Bachelet should encourage the Bangladesh government to create an independent commission of inquiry to investigate all allegations of enforced disappearances, torture, extrajudicial killings, and custodial deaths. She should offer the support of her office to form such a commission in consultation with victims, their families, and independent experts. She should make clear to the government that ongoing security force abuses will jeopardize deployment of Bangladesh troops to UN peacekeeping operations, the organizations said.

Bachelet’s visit comes at a time when civil society in Bangladesh has increasingly been under attack. The government has restricted the funding of many groups and pressured rights activists to halt their work. She should call for an end to the ongoing harassment of human rights defenders and organizations so that they can carry out their work freely and without fear of reprisals.

The 2018 Digital Security Act, and before that, the 2006 Information and Communication Technology Act, have been used to suppress and silence activists, journalists, and government critics. Many cases filed under these laws have been ongoing for years, amounting to harassment of those charged.

In one example, the government is prosecuting Adilur Rahman Khan and ASM Nasiruddin Elan, of Odhikar, one of the country’s most prominent human rights organizations, in a case at the Cyber Tribunal of Dhaka for documenting excessive use of force to disperse a protest in 2013. In June 2022, the government canceled the registration of Odhikar and has accused the group of “spreading propaganda” and “publishing misleading information” about extrajudicial killings and enforced disappearances, violations that led to US sanctions against the RAB.

High Commissioner Bachelet should publicly emphasize to the Bangladesh authorities that ongoing security forces’ abuses and the crackdown on civil society seriously threaten free and fair national elections scheduled for 2023. The government has been obstructing efforts by the country’s main opposition party to meet and organize ahead of the election.

The nearly one million Rohingya refugees in Bangladesh lack legal status, which puts them on precarious footing under domestic law and makes them vulnerable to rights violations. While the Myanmar junta’s ongoing atrocities in Rakhine State have made the prospect of the Rohingya’s safe, dignified, and voluntary return even more distant, Bangladesh authorities have made the situation of Rohingya refugees increasingly precarious.

The worsening conditions in the camps in Cox’s Bazar District include barbed-wire fencing and increasing restrictions on livelihoods, movement, and education. Nearly 30,000 refugees have been relocated to Bhasan Char, a remote island, where the refugees describe food shortages and detention-like conditions.

When High Commissioner Bachelet visits the Rohingya refugee camps, she should ensure that refugees are able to speak to her freely, without oversight by Bangladesh authorities, and call for protection of refugee rights, the groups said.

This is a key opportunity for the high commissioner to call for a halt to the Bangladesh government’s further descent into authoritarianism by ceasing the harassment and reprisals against critics, the groups said. Bachelet should press the government to ensure full accountability for the serious human rights abuses that persist in the country.

This joint statement is endorsed by: