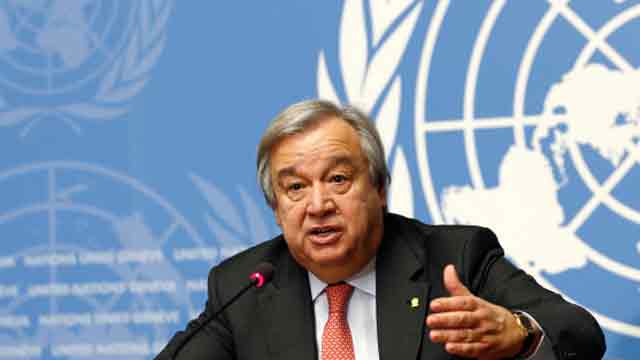 The UN Secretary-General said “Israel security forces must exercise maximum restraint in the use of live fire. Hamas and the leaders of the demonstrations have a responsibility to prevent all violent actions and provocations.”

“With tensions high and more demonstrations expected in the coming days, it is imperative that everyone show the utmost restraint to avoid further loss of life, including ensuring that all civilians and particularly children are not put in harm’s way.”

Hospitals report that essential medical supplies, drugs and equipment have already been exhausted. Humanitarian funding and improved access is urgently needed to meet these and other existing or emerging needs.

The Secretary-General reiterates that there is no viable alternative to the two‑State solution, with Palestine and Israel living side by side in peace, each with its capital in Jerusalem.
(Justnews/ys/1020hr)