State members call for restraint from all sides 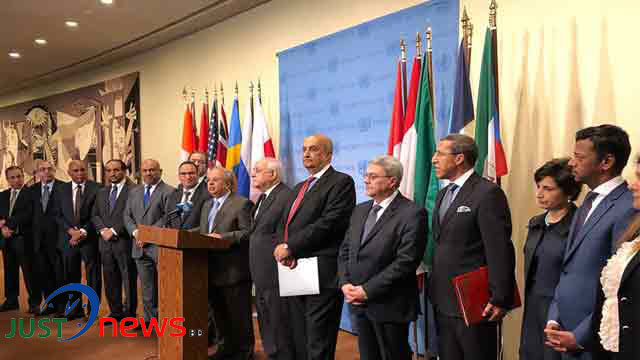 The meeting began with a minute of silence for the victims who were killed in Monday’s protests.

The meeting of the UNSC began with its president, Poland’s Joanna Wronecka.

In meeting several countries expressed their concern over the ongoing violence and called for an immediate investigation of it. 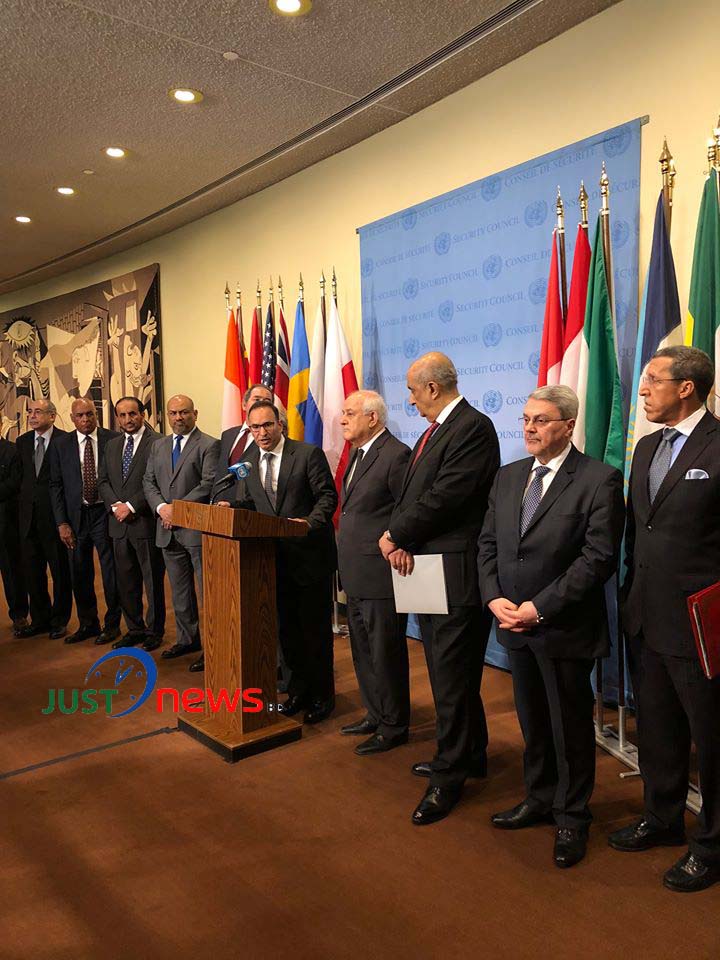 Nickolay Miladenov, Special Coordinator for the Middle East Peace Process, described 14 May as a day of tragedy for the people of Gaza.

“My heart weighs heavy today as I begin by expressing my condolences to the families of those killed yesterday and the last six weeks of demonstrations,” he said, calling upon all to condemn the actions that had led to the loss of so many lives in the strongest possible terms.

Israel had a responsibility to calibrate its use of force and not to use lethal force except as a last resort — when under imminent threat of death or serious injury, he emphasized.

He said that, for his part, he had engaged with all sides to ensure that all necessary steps to avoid an escalation of violence and that all incidents were fully investigated.

Nikki Haley, US ambassador to UN, said said “we are all concerned about violence in the Middle East”, but there was a lot of violence in the region. Last week, Iranian forces had attacked Israeli positions on the Golan Heights, a reckless provocation that must be stopped, and Iranian proxy forces had launched missile strikes in Yemen. Those examples of violence in the region should occupy the Security Council, she said, pointing out that Iran, a destabilizing force, was the common denominator.

Hamas had instructed the crowds to “get closer, get closer” to the security fence, demonstrating its determination to make the Palestinian people’s lives miserable, she said, adding that Hamas was pleased with yesterday’s results. Asking who among Council members would accept such behaviour on their own borders, she said no one acted with as much restraint as Israel.

She said those suggesting that the embassy opening was the cause of the violence were sorely mistaken because it was a cause for celebration for the United States, reflecting the will of the American people and their sovereign right to move their embassy wherever it wanted to move it.

Karen Pierce, UK ambassador to UN, emphasized that Monday’s shockingly appalling violence was part of a depressing pattern. Calling for restraint on both sides, she noted that, of the 60 people killed, six were children. An independent and transparent investigation was necessary, including on Israel’s use of live fire in such situations and attacks on that country’s defence forces.

On the status of Jerusalem, she said it should only be determined through a settlement negotiated by both parties, with the city being a shared capital of Israel and Palestine. A political process must now deliver a solution, especially since the situation in Gaza was deteriorating rapidly, she said, asking the Special Coordinator to advance proposals for easing the situation in Gaza, including international support for infrastructure and other needed services.

Riyad Mansour, Permanent Observer for the State of Palestine, thanked the Council for honouring the slain and described the odious massacre that had claimed more than 60 lives and injured many. Emphasizing that the occupation was the main source of tension, he called for a full investigation and questioned why one State was blocking all other Council members from calling for independent inquiries into what amounted to a war crime against the Palestinian people, who had been exiled for more than 70 years.

“How many more Palestinians have to die before you take action?”, he asked, wondering how members would react if the same killings of unarmed people had taken place in their own countries. While the world had early warning mechanisms and means to resolve conflicts, no such tools had been applied. Since the international community had passed laws and encouraged the protection of the rights of every human being, why were Palestinians the exception and how long would the Council practise that double standard?

He went on to state that the provocative transfer of the United States embassy to Jerusalem was in violation of Council resolutions, emphasizing that no country had the right to imperil Palestinian territory under occupation, especially since the status of Jerusalem should be determined through negotiations, nor the right to act in flagrant violation of international law. The Trump Administration had refused to listen to what the world was saying and to respect international law.

He said that, amid the celebrations around the seventieth anniversary of the State of Israel, those claiming that the decision to move the United States embassy to Jerusalem — Israel’s ancient and rightful capital — was the reason for Palestinian violence should re-examine history. That explanation was simply the latest in Palestinian excuses for violence against Israel, he said, adding that, if the Council sought to uphold security, justice and truth, it must set the standard of behaviour.

Russian Federation ambassador to UN expressed deep concern over the escalating tensions that had coincided with the transfer of the United States embassy to Jerusalem and the anniversary of the Day of Catastrophe. Negotiations on pressing issues, including Jerusalem, must be conducted by Israelis and Palestinians, he emphasized.

Reaffirming the right to peaceful protest, he said the Russian Federation condemned the use of force against civilians.

Francois Delattre, France ambassador to UN, noting that the Council’s warnings issued at the end of March had not been heard, said this week’s tragic situation further illustrated that Gaza’s prevailing reality was untenable. The recent violence was anchored in a decade of Israeli blockade and aggravated by the stalled peace process, he said, emphasizing that the hopes of the Palestinian population — most of whom were under 18 years old — had been replaced by a sense that they had nothing to lose.

Mansour Ayyad Sh. A. Alotaibi, Kuwait ambassador to UN, condemning the massacre, expressed regret that the Council had failed to adopt the draft resolution that his delegation had submitted on Monday calling for a full investigation. As such, Kuwait would take action in the General Assembly to ensure the perpetrators were held to account. Calling for measures that would offer international protection to the Palestinian people, he expressed deep concern over Israel’s unilateral actions to change the conditions in occupied territory and about the unilateral moves of other countries, noting that transferring embassies to Jerusalem violated resolution 478 (1980) in addition to causing anger and pushing the region into chaos.

Kazakhstan ambassador to UN, expressing alarm at the situation in Gaza, including the increased loss of life, he also emphasized Israel’s right to security. At the same time, Kazakhstan expressed its solidarity with the Palestinian people, particularly those civilians who had tragically lost their lives during what were supposed to be peaceful demonstrations, he said.

Karel Jan Gustaaf Van Oosterom, Netherlands ambassador to UN, said “we cannot afford to put the peace process on the back burner”, adding that the events of 14 May only underlined the fact that the current trajectory only led to the loss of life — the highest numbers killed in Gaza since 2014.

Only a two-State solution would allow both sides to fulfil their respective aspirations, and achieve a just and lasting peace, he said, urging the Middle East Quartet (European Union, Russian Federation, United Nations, United States) to address the negative spiral and the Council to unite in efforts to de-escalate the situation.

Sweden ambassador to UN said his delegation was appalled by the violence witnessed in Gaza since 30 March, particularly yesterday’s sharp escalation. While Israel had the right to protect itself and the people within its borders, it must fully respect the right to peaceful protest, protect civilians and ensure the strictly proportionate use of force and other measures. He urged all parties to act with the utmost restraint to avoid further loss of life and to protect civilians, particularly children.