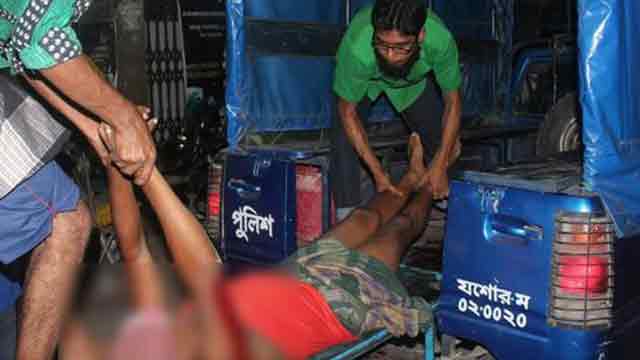 Dhaka, May 26 (Just News): Bangladeshi police have shot dead more than 50 accused drug traffickers in the past week as part of anti-narcotics crackdown that activists fear could escalate into a Philippines-style campaign of mass extrajudicial killings.

Questions are already being raised about some of those killed in the campaign against the “drug menace”, with one family telling the Guardian their relative was an opposition political activist who never touched drugs, The Guardian reports.

They and another family say their relatives were last seen being taken into police custody hours before being found dead in what authorities are characterising as nighttime shootouts with criminal gangs.

Bangladesh launched the crackdown last week in response to what it said was a surging trade in illegal drugs particularly cheap methamphetamine pills known as “yaba”.

The stimulant usually enters the country through neighbouring Myanmar and authorities estimate the supply surged to 300m pills last year, blaming the influx on Rohingya refugees fleeing military violence and the fishermen who ferried them over.

Bangladesh prime minister Sheikh Hasina says the campaign will match the intensity of an earlier crackdown on Islamic militancy that left dozens of accused radicals dead.

The death toll has leapt each day so far since the clampdown was launched last week. Nine accused drug dealers were reported killed on Thursday morning, bringing the confirmed total to 52 people in 10 days.
Bangladesh border patrol search for drugs at a checkpoint along the Teknaf-Cox’s Bazar highway.

One of those killed was Amzad Hossain, who police say was gunned down early on Tuesday after leading police to a drug hideout in Netrokona town in northern Bangladesh. The gang fired on officers and Hossain was killed in the exchange of fire, police said.

“There are 14 murder, violence and drugs-related cases pending against him,” Ashraful Alam, additional superintendent of Netrokona district, told the Guardian. “Following a tip-off we raided his house and recovered a good amount of yaba pills from the spot.

“Later, he got killed in crossfire when, after being challenged, some other members of his gang fired upon us,” he said.

'Lives will be lost': 700,000 Rohingya face cyclone season under tarpaulin

But his brother, Mahid Ahamed Ansari, told the GuardianHossain had no connection to the narcotics trade, claiming police had violently raided their home hours before the alleged shootout.

“During the surprise raid police beat up my brother badly,” he said. “The charge that he sold drugs is completely baseless. They killed him just because he was a popular activist of the student wing of the [opposition] BNP.”

He said the cases against his brother were part of a campaign of harassment against opposition political activists in the lead up to national elections later this year.

Many of the raids are being led by the Rapid Action Battalion (RAB), a controversial paramilitary force that human rights groups have repeatedly accused of extrajudicial killing and disappearing suspected criminals and political opponents of the government.

Officers from RAB were involved in the killing on Monday morning of Shukur Ali, who the elite battalion claimed was a “notorious” yaba and cannabis dealer with at least 10 drug cases against him.

According to a RAB statement, officers raided a drug hideout in Chittagong when they encountered armed resistance, and that Ali was found dead at the scene after other alleged gang members fled.

But relatives of Ali, 45, told the Guardian men in plainclothes had come to his house and taken him away just after midnight on Monday.

“Some time after we heard the sound of gunshots,” said Mohammad Sohel, the dead man’s son-in-law. “I came out of the house and found the body of my father-in-law lying some distance away from our house.

Pinaki Bhattacharya, a Dhaka-based human rights activist, said the spree of police shootings had “created an atmosphere of terror across the country”.

“These are nothing but extrajudicial killings amounting to a serious level of human rights violation. The forces have a free hand and are acting as judge, jury and executioner.”

Human Rights Watch said the killings needed to be investigated.

“Considering that one minister has proposed shooting addicts and the prime minister has compared this effort to ending Islamic militancy, there is concern that security forces will once again operate without proper accountability and oversight,” said Meenakshi Ganguly, the organisation’s South Asia director.