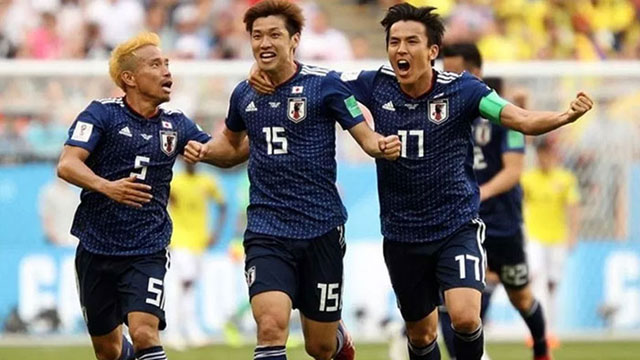 Moscow, Jun 28 (Just News): Akira Nishino is a lucky man indeed. The Japan coach rolled the dice by making a raft of bewildering changes against Poland that almost backfired only to be spared humiliation back home courtesy of the fair play rule. Japan’s charmed life in Russia continues.

Japan were heading out after falling behind to Jan Bednarek’s volley shortly before the hour-mark and, at that point, Nishino looked like a ghost. It was possible to tell just by looking at that deeply worried expression on his face that he knew he had dropped one.

And then Colombia came to the rescue, or rather the towering figure of Yerry Mina did. The 6ft 5in defender’s winning goal against Senegal may just have earned him a place on Nishino’s Christmas card list. It also helped that Robert Lewandowski - pitiful here - missed a glorious chance to double Poland’s lead. He might be on the Christmas card list, too.

It was the equivalent of heading straight to Go in Monopoly and avoiding going directly to jail. Japan’s prize is not £200 in this instance but a place in the last 16, where they will face the winners of England-Belgium in Rostov-on-Don.

The backlash back in Japan might have been long and sustained had Nishino’s baffling decision to make six changes to the team that drew 2-2 against Senegal resulted in his team bowing out. Japan were not yet through but Nishino elected to rest five of his front six, including the four players who had scored their goals in the tournament so far.

He can turn around now and say the plan worked but this was no masterstroke - it was a daft, inexplicable, entirely needless decision that almost left him with egg on his face. Japan finished with the same points, goal difference and goals scored as Senegal but progressed by virtue of having collected two fewer yellow cards than their African opponents, who had six bookings to Japan’s four over three matches.

There was even the excruciating sight of Japan playing the clock down for the final five minutes of this match amid loud whistles at the Volgograd Arena from fans who had not paid a fortune to witness such farcical antics.

Farcical because Japan were not assured a last-16 place at that point - a late Senegal or Poland goal would have sent them out. Maybe that was another Nishino idea - telling his players to keep ball and not score in the misguided belief there were already certain to go through.

The conditions were brutal. The temperature was thought to have hit as high as 109F (42C) pitchside but, whether Nishino lost all good sense in the heat or not, his decision to rest his two star players, Takashi Inui and Shinji Kagawa, as well as fellow forwards, Yuya Osaka and Genki Haraguchi, and captain Makoto Hasebe was bewildering at best, utterly irrational at worst.