BCB to ask Shakib Al Hasan back from IPL 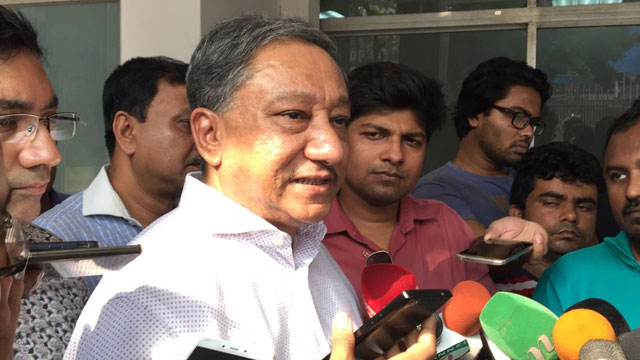 Bangladesh will ask its ace all-rounder Shakib Al Hasan to cut short his Indian Premier League campaign to prepare for the World Cup with the national team.

“We’ve decided to ask Shakib to join us before that,” BCB chief Nazmul Hassan told reporters at Sher-e-Bangla National Cricket Stadium on Monday.

Shakib joined his old team Sunrisers Hyderabad in this season of IPL but was in the playing XI in just one match.

“I haven’t spoken to Shakib about the matter yet. But we want him back from IPL and join the camp. We’ll send a letter to him and wait for his response,” Nazmul told reporters.

Shakib suffered a finger injury he sustained during the Bangladesh Premier League and missed the entire New Zealand series. IPL was considered his best option to prepare for the World Cup.

The World Cup will take the place in England and Wales from May 30. Tigers will take on South Africa on June 2 in their first encounter.

Nazmul said the selection committee will consider players’ performance in the Dhaka Premier Division Cricket League and that the squad might be announced on Tuesday.

“I knew that we have to announce the team within April 18. But today, I learned that we have until April 22. Within this time, we can make any change to our squad without ICC’s permission,” he said.