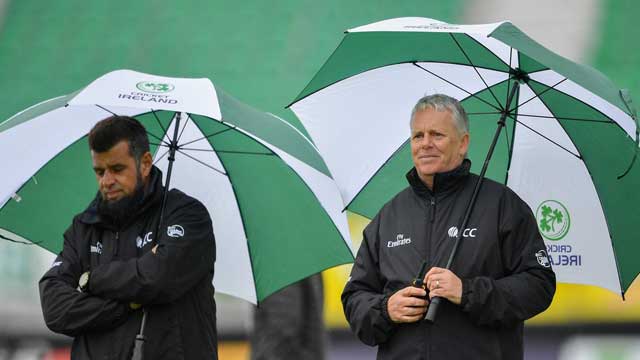 Bangladesh and Ireland shared points as the third match of the ongoing Tri-Nation Series between them was abandoned at Dublin, Ireland on Thursday due to persistent rain.

After the final inspection at local time 2:12pm, umpires called the match off without the toss.

Bangladesh came to this match winning the first one against West Indies by a big margin of eight wickets in spite of losing the lone practice game against Ireland A by 88 runs.

On the other hand, hosts Ireland lost the first match against West Indies by a big margin of 196 runs. They were outplayed by the batting line of West Indies who had scored a mammoth total of 381 just for three wickets. While replying, Ireland tumbled only for 185 in 34.4 overs.

The Tigers will take on West Indies in their next game on May 13. Before that, Ireland will face West Indies on May 11. In the last game before the final, Bangladesh will lock horns against Ireland on May 15. The final will take place on May 17. The top two teams of the points table will fight for the trophy.

The series is a golden chance for Bangladesh and West Indies to prepare before the World Cup.

Bangladesh will play their first match in the World Cup on June 2 against South Africa. On the other hand, the Caribbean boys will start their World Cup campaign on May 31 against Pakistan. The other team, Ireland, have failed to qualify for the World Cup.