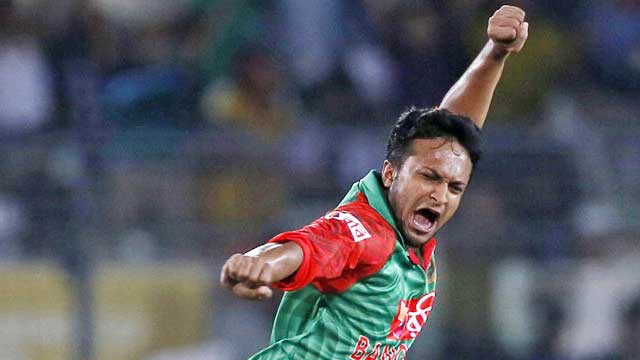 Bangladesh’s top all-rounder Shakib Al Hasan went top of the ICC ODI rankings for all-rounders ahead of the start of the cricket World Cup in England.

Shakib was injured for long stretches this year and missed out on the New Zealand tour due to another finger injury. In that time, Afghanistan’s Rashid Khan had knocked him off his perch at the top. Bangladesh’s memorable performance in the recently concluded series in Ireland saw them defeat West Indies to win their first-ever multi-nation tournament and although Shakib missed out on the final, his contributions counted.

He bagged two wickets and scored 140 runs in the tournament with two unbeaten 50s. His abilities shone through on the field as well and left Rashid in his wake -- the difference in points between the two is now 20.

Shakib now has 359 points to Rashid's haul of 339. Another Afghan star who has been in focus is Mohammad Nabi and he is third in the all-rounders' rankings with 319 points.