Tigers take on Pakistan on Sunday 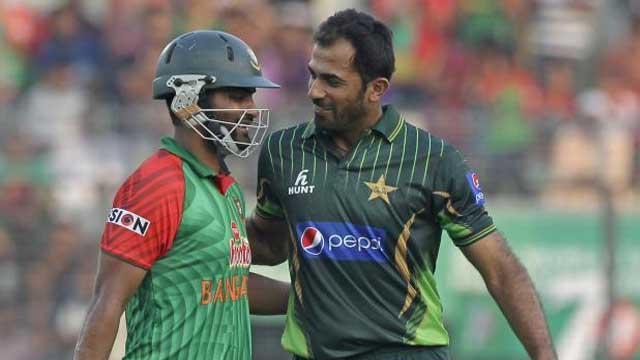 Bangladesh are scheduled to face Pakistan on Sunday in their first of two official warm-up games ahead of the World Cup.

The match will take place at Sophia Garden, Cardiff, where Bangladesh beat New Zealand by five wickets in the last ICC Champions Trophy in 2017.

Bangladesh last played an ODI against Pakistan in the Asia Cup 2018 in Dubai, where Tigers came up victorious by 37 runs. Before that, the Tigers played a three-match ODI series in 2015, where they whitewashed Pakistan.

The teams clashed 36 times in ODIs and Pakistan won 31 of them. Bangladesh managed five wins.

Sunday’s match offers an opportunity for both teams to prepare ahead of the World Cup. Pakistan are set to take some confidence from this match after losing their first warm-up against Afghanistan on Friday by three wickets.

The loss against Afghanistan came as a wake-up call for Pakistan. They will be keen to win against Tigers to gain some confidence ahead of the World Cup.

On the other hand, Bangladesh came to England after their maiden title triumph in Ireland tri-series, where they beat West Indies three times to clinch the title. The triumph boosted Tigers’ confidence ahead of the World Cup.

However, Bangladesh need to finalise their strategy for the mega event. The warm-up match against Pakistan comes as a perfect stage for them to test their strength.

After the match, Tigers will take on India on May 28 at the same venue at the second and final warm-up game.

Bangladesh will start their World Cup assault on June 2 with the game against South Africa. The match will take place at the Kennington Oval at London.