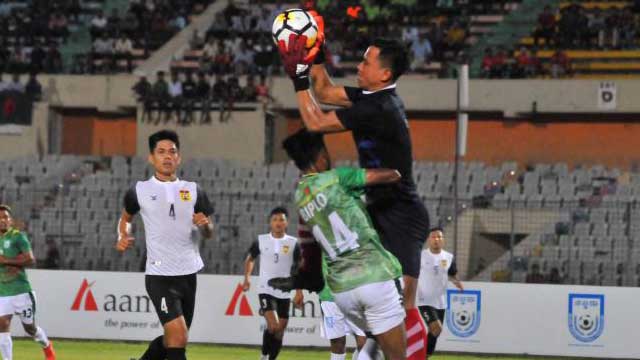 The hosts were presented with countless opportunities, but the strikers failed to convert.
Bangladesh had won the first leg 1-0.

The eight group winners along with four best runners-up will advance to third round. The draw for the second round group stages is scheduled to be held in Doha, Qatar on July 17.

Bangladesh have finished last in a group featuring Australia, Jordan, Kyrgyz Republic and Tajikistan in the second round of the 2018 FIFA World Cup Qualifiers collecting just one point from their eight matches.