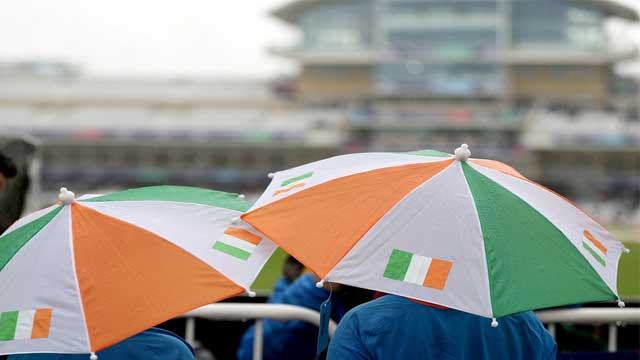 The ongoing ICC Men’s World Cup saw another dull day on Thursday as the game between India and New Zealand was washed out by rain without a ball being bowled at Trent Bridge, Nottingham.

Both the teams were awarded one point each as the match ended with no result.

The umpires waited for more than four hours before calling the match off. Eventually, they called off the match at local time at 3pm.

Before coming to this match, New Zealand played three matches and India two and in all of them, both teams came up victorious. They are now the only two teams who are yet to suffer a loss in this World Cup.

With one point from this match, New Zealand’s tally reached seven as they cemented their place at the top of the points table, and India secured five points to be at number three right after New Zealand and Australia.

Earlier, three more World Cup matches were abandoned without a ball being bowled, or ended up with no result. The unseasonal rain is causing serious harm to the ongoing World Cup.

The spectators witnessed the first abandoned game in the World Cup when Pakistan were supposed to face Sri Lanka on June 7 at Bristol. After that, the battle between South Africa and West Indies ended with no result at Southampton. Later, Bangladesh’s last game against Sri Lanka was also abandoned due to rain at Bristol on June 11.

India will take on Pakistan on June 16 at Emirates Old Trafford, Manchester, while New Zealand will face off South Africa on June 19 at Edgbaston, Birmingham.