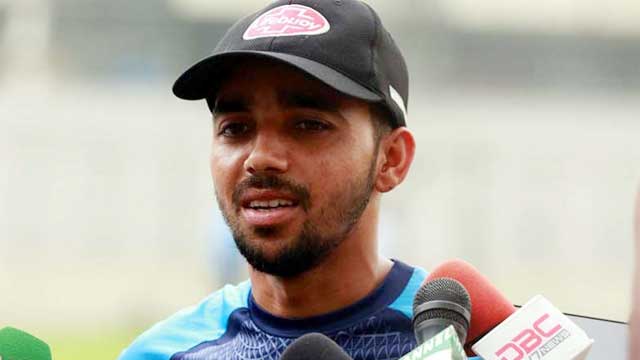 Bangladesh batsman Mominul Haque on Thursday said that the forthcoming one-off Test series against Afghanistan would be an ideal preparation for the Tigers ahead of their outing in the ICC Test Championship.

The Tigers are set to host Afghanistan in a one-off Test series from September 5-9 at the Zahur Ahmed Chowdhury Stadium in Chattogram, which will be their last Test before going into the Test Championship.

Bangladesh will face India in a two-match Test series in November this year in Indore and Kolkata respectively and the series will be their first among six Test series’ in their Test Championship fixtures, which will last until June 14, 2021.

Mominul recently toured India with the Bangladesh Cricket Board XI to take part in the Dr (Capt) K Thimmappiah Memorial Tournament where he had a decent run, scoring 298 runs in seven innings at an average of 42.57.

Mominul believed that facing quality Afghan spinners like Rashid Khan, Mohammad Nabi, Qais Ahmad at home would be a massive help for the Tigers ahead of the India tour.

‘Before the match against India, we have to face their [Afghanistan] spin-attack. This will be a great preparation. We all know that sub-continent spinners are really very dangerous,’ he said.

Mominul was also happy to see the increasing number of Test matches for the Tigers which he believed was a blessing as it would help them to concentrate more on the longest format of the game.

After the Test series against India, Bangladesh will tour Pakistan, Sri Lanka and will host Australia, West Indies and New Zealand in the Test Championship, playing a total of 14 Test matches in a two-year cycle.

‘I think our country has very much benefited from the Test Championship. It has been good for Bangladesh cricket. Personally I am very happy for it, Test cricket is not focused in such a way in our country and if you think in that prospective it has been really good for our country,’ he said.

‘If you play more matches, then the chances of doing well are increased. There is also a chance of getting good results and taking the team to a good position. There is also chance of improving rankings, If you think in this way, then I will say it is a really good opportunity,’ he added.