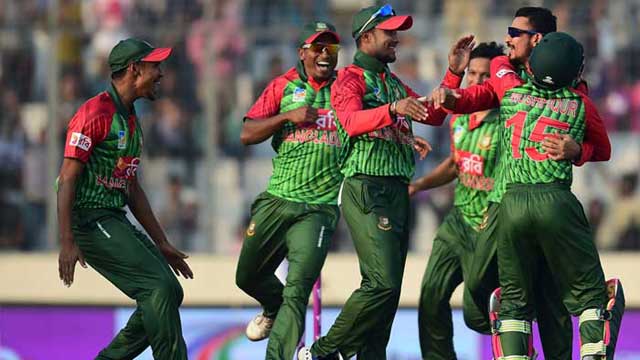 Dhaka, Jan 19 (Just News): Bangladesh impress with a record 163-run victory against Sri Lanka in their second match of the tri-nation series.

With this victory, Bangladesh also recorded their largest margin victory, beating their previous 160-run victory against the West Indies back in 2012.

The victory also saw the Tigers go through to the final of the tri-nation series. Bangladesh have won both their games with bouns points and currently have 10 points from two matches. Zimbabwe are second with four points while Sri Lanka, who are yet to win a match have zero points.

Shakib Al Hasan followed up his innings of 67 with three wickets for 47 runs and was chosen as the Player of the Match. Mashrafe Bin Mortaza and Rubel Hossain bagged two wickets each.