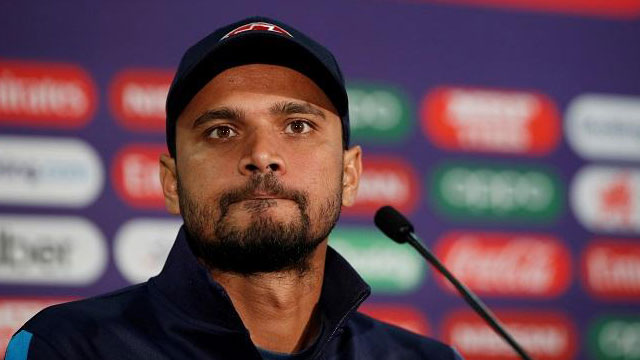 Three match-series against Zimbabwe in Sylhet next month will be the last of Mashrafe Mortaza as Bangladesh ODI captain.

Bangladesh Cricket Board president Nazmul Hasan informed the board has come to the decision in order to set a path for the team with ICC Cricket World Cup 2023.

Nazmul had a meeting with three senior cricketers in shape of Tamim Iqbal, Mushfiqur Rahim and Mominul Haque at BCB officer on Wednesday (Feb 19) and came out to declare on Mashrafe about to play his last ODI series as captain.

“We need to setup the team with next world cup in focus and thus we need a captain. We want to the team to play at least two years under the new captain before going into the world cup. So we need to declare a new captain very soon. That might be decided in next board meeting,” said Nazmul to the media at Sher-e-Bangla National Stadium on Wednesday.

Bangladesh will take on visitors Zimbabwe in three ODIs on Mar 1, 3 and 6 respectively. All the matches will be played at Sylhet International Cricket Stadium.