Attacks on minorities in Bangladesh occurred in 2021: US report 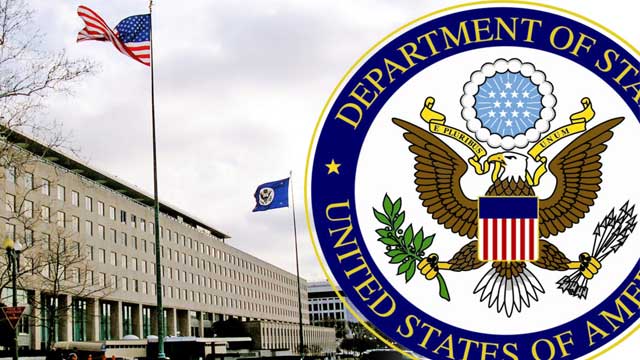 The US State Department in its annual report on international religious freedom has said communal violence against minorities continued in Bangladesh in 2021.

Secretary of State Antony Blinken unveiled the report at the State Department on Thursday.

The report said, “Members of religious minorities, including Hindus, Buddhists, and Christians, who were sometimes also members of ethnic minorities, continued to say the government was ineffective in preventing forced evictions and land seizures stemming from land disputes. The government continued to deploy law enforcement personnel at religious sites, festivals, and events considered possible targets for violence.”

“The constitution designates Islam as the state religion but upholds the principle of secularism. It prohibits religious discrimination and provides for equality for all religions. Family law, enforced in secular courts, contains separate provisions for different religious groups. In response to widespread anti-Hindu communal violence from October 13-24 that left several persons dead, including Muslims and Hindus, the government condemned the attacks, provided aid and additional security to Hindu communities, and brought criminal charges against more than 20,000 individuals,” it said.

The US report said, “There were three high-profile convictions tied to religious issues during the year, with tribunals sentencing to death eight Islamic militants for killing a publisher in 2015, five men for the 2015 killing of an atheist blogger, and 14 members of a banned Islamist group for a conspiracy in 2000 to assassinate the Prime Minister. In its stated effort to prevent militancy and to monitor mosques for “provocative” messaging, the government continued to provide guidance to imams throughout the country on the content of their sermons.”

“In response to a Facebook post on October 13 showing a copy of the Quran on the lap of a Hindu god inside a temple, crowds of Muslims attacked Hindu adherents, saying the Quran had been desecrated, and killed between four and 14 individuals, according to media, activists, and official estimates. Crowds also attacked Hindu temples and property across the country, with violence continuing until October 24. National Hindu leaders said Hindus, afraid of further violence, refrained from public celebrations of Diwali on November 4 in favor of private ceremonies in their temples and homes.”

It further said, “Worshipers covered their faces with black cloth to protest the lack of security for Hindus. In June, according to Al-Jazeera, activists from an indigenous (non-Bengali ethnicity) minority group killed a member of their ethnic group for converting to Islam. In May, media sources said Muslim students gravely injured four Christian students over an online video game dispute; one student later died from his injuries. That same month, local news sources reported two Bengali men attacked and seriously injured a Buddhist indigenous monk in Chittagong Hill Tracts (CHT).”

“In February, media sources reported a group of Muslims destroyed and stole property from a Christian church in Lalmonirhat District. In March, local news outlets reported dozens of Muslims attacked Hindu residences in Sunamanj District regarding a Facebook post critical of an Islamic cleric. In May, actor Chanchal Chowdhury received abusive comments online after his Mother’s Day Facebook post showing his mother with Hindu markings on her forehead. In September, news sources said Rohingya Muslims denied the burial of a Rohingya Christian refugee inside the Kutapalong refugee camp.”

In meetings with government officials, civil society members, religious leaders, and in public statements, the U.S. Ambassador, other embassy representatives, and a senior Department of State official spoke out against acts of violence in the name of religion and urged the government to uphold the rights of minority religious groups and foster a climate of tolerance, the report said.

During the year, the Ambassador visited Christian, Muslim, Hindu, and Buddhist places of worship to reinforce the U.S. commitment to religious diversity and interfaith tolerance. In fiscal year 2021, the United States provided $302 million in humanitarian assistance funding for programs in the country to assist Rohingya refugees (who are overwhelmingly Muslim) from Burma and also to assist host communities.