Rohingyas to be resettled in US: Blinken 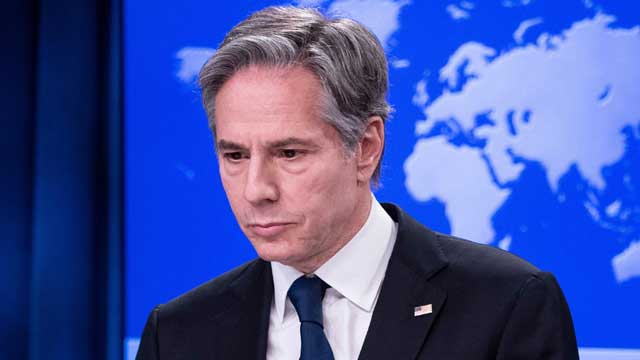 The United States secretary of state Antony J Blinken said on Wednesday that they were working to significantly increase resettlement of Rohingya from the region, including from Bangladesh so that the persecuted Myanmar nationals could rebuild their lives in the United States.

"As an essential component of an international, comprehensive humanitarian response, we are working to significantly increase resettlement of Rohingya refugees from the region, including from Bangladesh, so that they can rebuild their lives in the United States," he said in a statement.

Reaffirming support, Blinken said that the United States remains committed to advancing justice and accountability for Rohingya and all the people of Myanmar.

"We continue to support the Independent Investigative Mechanism for Myanmar, the case under the Genocide Convention that The Gambia has brought against Burma (Myanmar) before the International Court of Justice, and credible courts around the world that have jurisdiction in cases involving Burmese military's atrocity crimes," he added.

Marking five years since the genocide in Myanmar, Blinken said the United States also supports measures by the UN Security Council to promote justice and accountability for the military's actions in line with its mandate to promote international peace and security.

In this vein, he said, the United States would support a UN Security Council referral of the situation in Burma to the International Criminal Court.

More than 740,000 Rohingya were forced to flee their homes and seek refuge in Bangladesh.

"In March of this year, I spoke at the United States Holocaust Memorial Museum and attested that the atrocities committed by the Burmese military against Rohingya amounted to crimes against humanity and constitute genocide," Blinken said.

Since the February 2021 military coup d'etat, many of the same military forces continue to repress, torture, and kill the people of Burma in a blatant attempt to extinguish Myanmar's democratic future.

The regime's recent executions of pro-democracy and opposition leaders is only the latest example of the military's abject disregard for the lives of the Burmese people.

Its escalation of violence has exacerbated the worsening humanitarian situation, particularly for ethnic and religious minority communities, including Rohingya, who continue to remain among the most vulnerable and marginalized populations in the country, Blinken said.

Since 2017, the United States has sought pathways to continue to support the Rohingya, recognizing that they cannot safely return to their homeland of Myanmar under current conditions.

"We have provided more than $1.7 billion to assist those affected by the crisis in Myanmar, Bangladesh, and elsewhere in the region, remaining the leading single donor of life-saving humanitarian assistance to those whose lives have been upended by the violence in Rakhine State," said the US Secretary of State.

The United States stands in solidarity with the government of Bangladesh and other Rohingya-hosting governments in the region, he said.

The United States said it will continue to support Rohingya and the people of Burma in their pursuit of freedom and inclusive democracy by advancing justice and accountability, increasing economic and diplomatic pressure, and safeguarding the human rights and human dignity of all individuals in Myanmar.