US for credible polls in BD 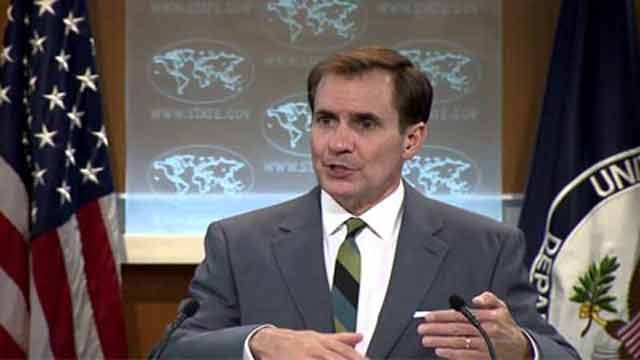 M Mushfiqul Fazal from Washington, May 19(Just News): Repeating call for a free and fair national poll in Bangladesh, the US state department spokesperson John Kirby said, we still want to see a free, fair and credible election. We want to see Bangladeshi citizens able to participate in a democratic process. So we still have these very real concerns, and that hasn’t changed.

Replying to a question of this reporter Kirby said this on Monday at daily press briefing of the US state department in Washington.

Below the question answer script on Bangladesh issue:

QUESTION:  Thank you very much.  On Bangladesh, I have two questions.  One – as you know, one of your colleague, Xulhaz Mannan, killed – USAID officials.  And it’s a common phenomenon of Bangladesh.  Even day before yesterday one Buddhist monk has killed in northern part of the Bangladesh, district Bandarban.  So from the authority of Bangladesh, what action been taken?  What is the update on these issues, number one?
MR KIRBY:  I don’t have an update on that particular incident, so I’m afraid you’re going to have to let me take that question and get back to you.  I don’t have – I don’t have much information on that particular incident.

QUESTION:  Secondly, the – regarding Bangladesh, the U.S. position is very clear, very clear, as we know.  The last election was held in 2014, January, and that was an non-participatory election.  And then after that, U.S. urge for a participatory, inclusive election and restoring the democracy of Bangladesh.  So what is the present position, U.S. position?  Because the government is already two years completed and then – and the – there are no freedom of press and freedom for expression, extrajudicial killing is going on.  And I – we have seen your report, the State Department Human Rights Report, the violation of the human rights.  So what is the current position of this and the two assistant secretaries visiting recently in Bangladesh?

MR KIRBY:  You asked a lot there.  Our position on what exactly?
QUESTION:  On Bangladesh, the U.S. position that they’re restoring the democracy, because last election was held in 2014, January.  It was non-participatory election.  And after that election, U.S. urged for a inclusive and participatory election, free, fair and credible.  So what is the present position?

MR KIRBY:  -- free, fair, credible elections.  We still want to see Bangladeshi citizens able to participate in a democratic process.  We still want to see human rights observed and freedom of expression and freedom of the press in Bangladesh, as we want to see it elsewhere.  So we still have these very real concerns, and that hasn’t changed.
On your other question, you’re just going to have to let me take that because I’m just not aware of that particular incident.  Okay?