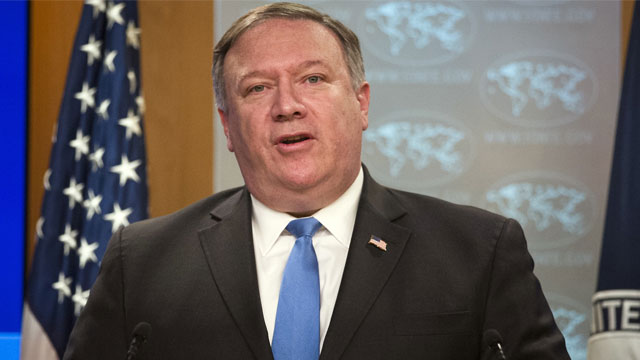 The US Secretary of State Mike Pompeo spoke separately with the foreign ministers of India and Pakistan and urged them to avoid “further military activity” following an air strike by India inside Pakistan.

Pompeo said this in a statement issued by US Department of State in Washington on Tuesday.

The statement read, “Following Indian counter-terrorism actions on February 26, I spoke with Indian Minister of External Affairs Swaraj to emphasize our close security partnership and shared goal of maintaining peace and security in the region. I also spoke to Pakistani Foreign Minister Qureshi to underscore the priority of de-escalating current tensions by avoiding military action, and the urgency of Pakistan taking meaningful action against terrorist groups operating on its soil.”

“I expressed to both Ministers that we encourage India and Pakistan to exercise restraint, and avoid escalation at any cost,” said Pompeo.

“I also encouraged both Ministers to prioritize direct communication and avoid further military activity,” he added.