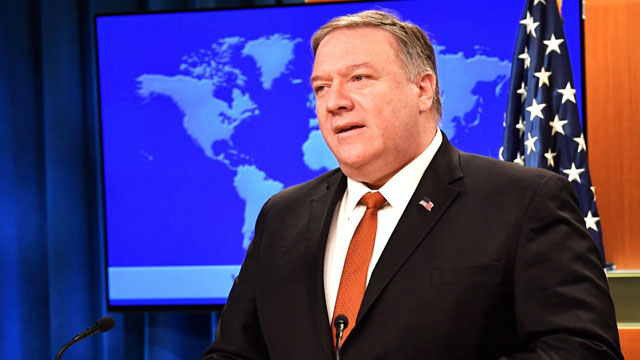 The United States condemns in the strongest terms the terror attacks in Sri Lanka on Easter morning.

Secreatry of State Michael R. Pompeo in a statement on Sunday said, "Attacks on innocent people gathering in a place of worship or enjoying a holiday meal are affronts to the universal values and freedoms that we hold dear, and demonstrate yet again the brutal nature of radical terrorists whose sole aim is to threaten peace and security."

"The United States offers our deepest condolences to the families and friends of those killed and wishes a quick recovery to all who were injured. While many details of the attacks are still emerging, we can confirm that several U.S. citizens were among those killed. The U.S. Embassy is working tirelessly to provide all possible assistance to the American citizens affected by the attacks and their families," it added.

The statement said, "These vile attacks are a stark reminder of why the United States remains resolved in our fight to defeat terrorism. We stand with the Sri Lankan government and people as they confront violent extremism and have offered our assistance as they work to bring the perpetrators to justice."