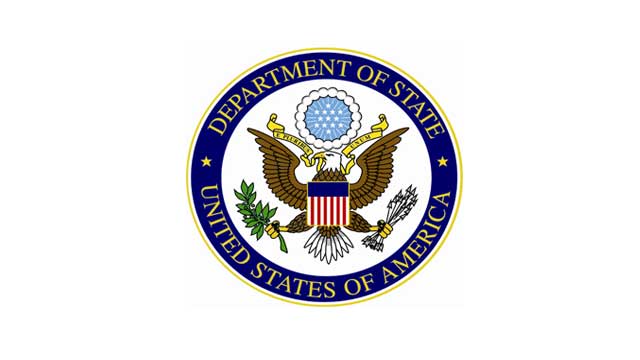 The following statement was released by the Government of the United States of America and the European Union following the 16th U.S.-EU Information Society Dialogue.

The United States and the European Union reaffirmed their commitment to working together on the basis of shared values to respond to challenges in the global digital economy, while promoting global security and prosperity. They also discussed their shared commitment to countering the use of the Internet for terrorist purposes, as well as the importance of working closely with the technology industry to achieve this goal.

The United States and the European Union emphasized the importance of mutual coordination on digital matters in international fora such as the G7, G20, the International Telecommunications Union, WTO, and Internet Governance Forum. In particular, participants discussed their shared concerns regarding the use of information and communications technologies (ICT) for the purposes of repression and social control, contrary to our shared values.

The United States and the European Union emphasized the importance of 5G telecommunications networks to making a vast array of new and enhanced services possible, ranging from autonomous vehicles, to advanced manufacturing, to deployment of the Internet of Things and artificial intelligence-based technologies. Participants underscored the need to address the threats posed by security vulnerabilities in 5G networks and those posed to the supply chain by third countries, gave an update on their respective policy approaches to 5G security, and decided to continue such constructive exchanges. The United States and the European Union also briefed each other on recent developments in their respective cybersecurity policies, and held a break-out session which notably discussed the EU Cybersecurity Act and corresponding U.S. activities in the domain of consumer Internet of Things devices with a view toward identifying opportunities for enhancing trans-Atlantic trade in these areas.

Finally, the United States and European Union participated in a wide-ranging discussion with private sector and civil society stakeholders during which they briefed on the outcomes of the dialogue. The European Union will host the next dialogue in Brussels in 2020, which will build upon the discussions at this year’s dialogue, as well as upcoming high-level engagements in this space.