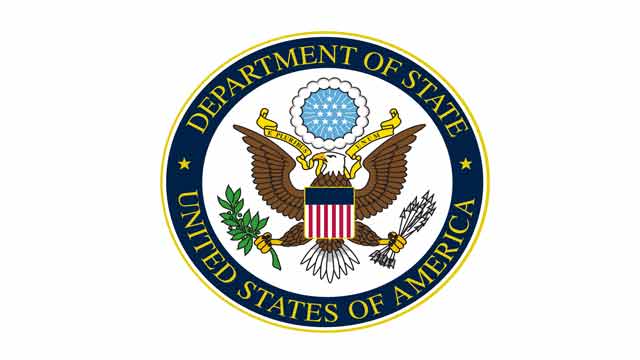 The text of the following statement was agreed by Special Envoys and Special Representatives of the European Union, France, Germany, Italy, Norway, the United Kingdom, the United Nations and the United States of America, when they met in EU Headquarters, Brussels on October 22, 2019.

Respectful of the sovereignty, independence and territorial integrity of Afghanistan, participants exchanged views on the current status of the Afghan peace process and discussed ways to support the Afghan people’s desire for a lasting peace. To that end, participants:

Acknowledged the widespread and sincere demand of the Afghan people for a lasting peace and an end to the war.

Reviewed the current situation in Afghanistan and confirmed that a sustainable peace can only be achieved through a negotiated political settlement.

Committed to work with the Government of the Islamic Republic of Afghanistan, the Taliban, and other Afghan political and civil society leaders to reach a comprehensive and sustainable peace agreement that ends the war for the benefit of all Afghans and that contributes to regional stability and global security.

Urged all parties to take immediate and necessary steps to reduce violence and civilian casualties in order to create an environment conducive for peace.

Applauded the courage of Afghan voters, poll workers, election observers and security forces, as well as the work of the Independent Election Commission and the Electoral Complaints Commission, who made the 28 September presidential elections possible, respecting the constitutional order of Afghanistan, and despite technical challenges and security threats; and urged independent Afghan electoral institutions to ensure the votes of Afghans are accurately counted and that results are determined in a fair and transparent manner to ensure the credibility and legitimacy of the electoral process.

Welcomed all international efforts that support the Afghan peace process while building upon the gains of the last 18 years and the progress made in protecting the fundamental rights of women and minorities. In that regard, participants congratulated Germany and Qatar for co-organising the historic Intra-Afghan Peace Conference in Doha, Qatar on July 7-8, 2019, and welcomed the Resolution agreed among the Afghan participants in that event; and encouraged follow-on events to focus on implementation of that Resolution, including ways to achieve the participants’ commitment to end civilian casualties, among other things.

Stressed that any future intra-Afghan dialogues and peace conferences should build on the achievements of the intra-Afghan Peace Conference in Doha, be inclusive and respect the dignity of all Afghans.

Called on President Ashraf Ghani, Chief Executive Abdullah Abdullah and other prominent Afghan leaders to focus immediately on preparing the Islamic Republic of Afghanistan for formal Intra-Afghan Negotiations with the Taliban, including the naming of an inclusive, national negotiating team.

Urged all sides to observe a ceasefire for the duration of Intra-Afghan Negotiations to enable participants to reach agreement on a political roadmap for Afghanistan’s future.

Reaffirmed that any peace agreement must protect the rights of all Afghans, including women, youth and minorities, and must respond to the strong desire of Afghans to sustain and build on the economic, social, political and development gains achieved since 2001, including adherence to the rule of law, respect for Afghanistan’s international obligations, and improving inclusive and accountable governance. Highlighted that the Afghan parties inclusion in, and ownership of, intra-Afghan negotiations is important for a successful outcome.

Reaffirmed that the Taliban and other Afghan groups must take concrete steps to ensure that territory of Afghanistan should not be used by al-Qa-ida, Daesh or other international terrorist groups to threaten or attack any other country, that the Taliban must cut ties with al-Qa-ida and other international terrorist groups, and that neither the Taliban nor any other Afghan group or individual should support terrorists operating on the territory of any other country.

Stressed the importance of fighting illegal drug production and trafficking and urged all sides to eliminate the drug threat in Afghanistan.

Called upon the Government of Afghanistan to effectively fight corruption and promote good governance, and to implement anti-corruption legislation.

Agreed that continued international support to Afghan National Defence and Security Forces and other government institutions will be necessary to ensure Afghanistan can defend itself against internal and external threats.

Encouraged all concerned countries to support the Afghan people and contribute to a lasting peace settlement in the interest of all.

Expressed their appreciation to the European Union for organising these consultations and agreed to settle the date and venue of the next meeting through diplomatic channels.