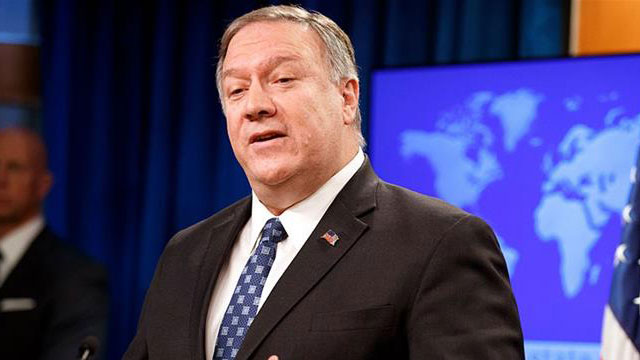 Supreme Leader Khamenei’s fabrications regarding the Wuhan Virus are dangerous and they put Iranians and people around the world at greater risk,said Secretary of State Michael R. Pompeo.

Facts matter. Here are a few the Iranian regime would like to keep from the world:

Fact: The Iranian regime ignored repeated warnings from its own health officials, and denied its first death from the coronavirus for at least nine days. The regime continues to lie to the Iranian people and the world about the number of cases and deaths, which are unfortunately far higher than the regime admits.

Fact: As Iranian regime officials ask for more funds, it is important to note that since 2012, Iran has spent over $16 billion on terror abroad, and used sanctions relief from the JCPOA to fill up its proxies' coffers. Regime officials stole over a billion Euros intended for medical supplies, and continue to hoard desperately needed masks, gloves, and other medical equipment for sale on the black market.

Fact: U.S. sanctions do not target imports of food, medicine and medical equipment, or other humanitarian goods. Iranian documents show their health companies have been able to import testing kits without obstacle from U.S. sanctions since January.

Fact: The United States has offered over $100 million in medical assistance to foreign countries, including to the Iranian people, and our scientists are working tirelessly to develop a vaccine. Khamenei rejected this offer because he works tirelessly to concoct conspiracy theories and prioritizes ideology over the Iranian people.