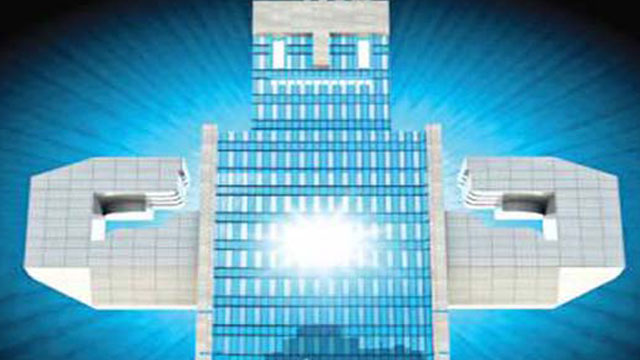 Chinese scientists have said they have come up with a more efficient luminescent solar concentrator (LSC),
which can be made into “solar windows” that turn sunlight into electricity.

Researchers at the Dalian Institute of Chemical Physics said they designed a “quantum-cutting” approach to double the efficiency of LSC devices. Their research was published in the December issue of Nano Letters.

LSC, a less expensive photovoltaic technology, functions by collecting sunlight on a broad area, converting it into luminescence and directing it to solar cells at a narrow edge. The solar concentrator’s semi-transparent
appearance also allows for the creation of “solar windows” that can turn energy-consuming buildings into power-generation units.

Wu Kaifeng, who leads the research team, told Xinhua that the quantum cutting approach held bright prospects for the application of solar windows.

“The idea of using windows to produce electric power is fascinating —Just imagine a world in which all buildings are equipped with solar windows to power themselves. LSCs are exactly the type of solar windows to make such imagination come true,” Wu said.

“So far, this technology has not been commercialized because the efficiency of LSCs is still too low,” the researcher said.

Traditional LSC designs are plagued by a low internal optical efficiency, usually below 60 percent, caused by a low emission rate of luminophores and a significant loss of energy to self-absorption, according to Wu.