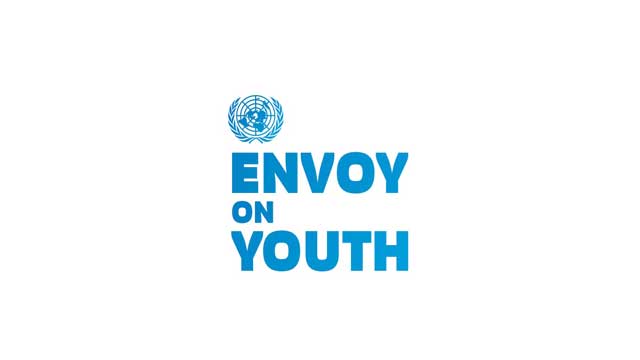 Ahead of the International Youth Day celebration, celebrated globally August 12, the United Nations Secretary-General's Envoy on Youth, Jayathma Wickramanayake, in collaboration with Twitter will be launching a global collaboration to co-create the first-ever youth emoji that represents all young people.

The official youth emoji will be created collaboratively by young people, for young people through Twitter, said a press release issued by Office of the Secretary-General’s Envoy on Youth.

Throughout August, young people will have the opportunity to contribute to the design ideation process. Through this call for collaboration, the Envoy on Youth and Twitter emphasize the role of social media platforms as a digital space to convene and gather creative ideas.

This means young people are not only digital natives, they are the largest digital population of our time. Young people have been creating, mobilizing, and advocating through social media to solve global crises and fight for the world's future.

From organizing weekly climate strikes to demanding climate action and hosting online dialogues to address social inequalities, young people have done so much to drive action at all levels: local, regional and global. Therefore, the United Nations established “Youth Engagement for Global Action” as the theme of the 2020 International Youth Day, recognizing that social media is often at the core of youth-led activism.

"As young people, we are global digital citizens and the digital space is where we demand change, fight for justice, express our identities, and help our communities. Young people's activism often begins online but it never ends there, youth understands the need to bridge online & offline action. I think young people's leadership in driving action should be celebrated and that's why this global call for collaboration to co-create a universal Youth Emoji is our way
of uniting youth online and claiming our digital space," said Jayathma Wickramanayake, United Nations Secretary-General’s Envoy on Youth.

‘’Young people around the world use Twitter in many meaningful and creative ways, in order to raise awareness and affect change on issues that will impact generations for years to come. Collaboration on youth digital citizenship is essential and we are happy to partner with The United Nations’ Envoy on Youth to create a bespoke, universal emoji that brings together the global youth conversation on the service,’’ said Bridget Coyne, Director, Public Policy, Twitter.