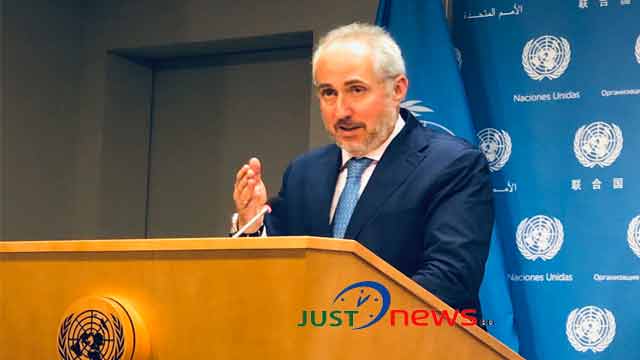 Turning to Myanmar, where schools have been reopening; our colleagues on the ground today warned that attacks on schools, and education facilities are continuing.

Stéphane Dujarric, Spokesperson for the UN Secretary-General, said at noon briefing on Wednesday.

UNICEF (United Nations Children’s Fund) in Myanmar says that at least 54 attacks against schools and school personnel have been reported since the military takeover on 1 February. And that is up to the end of May. Most of these attacks have been taking place in May. There have been about 141 incidents of the military using education facilities for their own purposes.

“Our colleagues stress that violence in and around schools is never acceptable, with attacks on places of learning and education staff and the occupation of education facilities violations of children’s rights,” said the Spokesperson for the UN Secretary-General.

“Also on Myanmar, our humanitarian colleagues in the country say they are alarmed by the increasing reports of internal displacement following intensified fighting in some parts of the country,” he added.

Some 188,000 people have been displaced in the north-east of the country, south-east and west, so far this year, but most of that since 1 February and the coup.

The humanitarian needs resulting for this surge in displacement compounds the needs of the 1 million people who were already in need of aid prior to the military takeover.