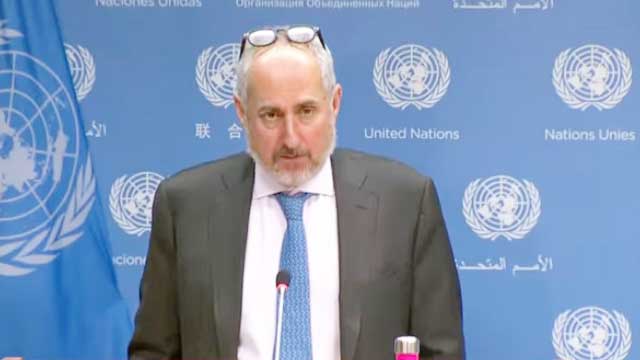 Stéphane Dujarric, Spokesman for the Secretary-General, he will look at the report where former Bangladesh Army chief general Aziz Ahmed claimed that Bangladesh purchases Israeli surveillance technology as per the reacquisition suggested by the United Nations.

He made this comment in reply to a question at the noon briefing on Wednesday.

The following is a near-verbatim transcript of the question and answer on this issue:

Question: Yes, thank you, Mr. Stéphane. On Bangladesh, Former Army Chief of Bangladesh, General Aziz, according to a recent media report, recently claimed that Bangladesh’s Army bought Israeli original spyware at UN’s requirements. He defend himself in an interview with German‑based news network, DW, though we have seen UN strong position against this surveillance equipment. Would you please comment on that?

Spokesman: The sound is not coming in very clearly. I understand you were referring to the former Army Chief of Staff, but then I couldn’t understand what you were saying.

Question: Former Army Chief of Bangladesh, General Aziz, he claims that the Bangladesh Army bought Israeli-origin spyware as UN requirements. So, though we have seen UN strong position against the surveillance equipment, he defend himself in an interview with DW, German‑based network. So, would you please comment on that?