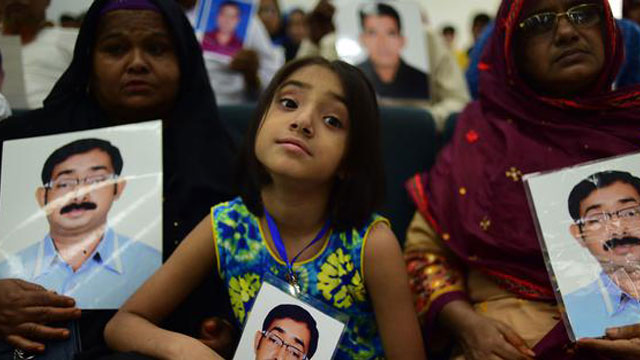 The Working Group examined the cases during its 126th session, which took place between 7 and 11 February 2022 in Geneva, Switzerland, the Office of the UN High Commissioner for Human Rights said in a press release on its website.

The release said, during the session, the Working Group examined 17 reported cases of enforced disappearances it had transmitted under its urgent action procedure since 29 September 2021, concerning Azerbaijan, Bangladesh, Egypt, Kenya, Lebanon, Libya, Pakistan, the Russian Federation, and Saudi Arabia.

In the spirit of its humanitarian mandate, the Working Group continued to document and discuss acts tantamount to enforced disappearances perpetrated by non-state actors. In this context, the Working Group decided to transmit three cases to the de facto authorities in Sana’a, Yemen based on the information submitted by sources.

The experts also met with relatives of disappeared persons, non-governmental organisations, state representatives and other stakeholders.

The Working Group on Enforced or Involuntary Disappearances is comprised of five independent experts from all regions of the world. The Chair-Rapporteur is Luciano Hazan (Argentina); and the vice-chair is Aua Balde (Guinea- Bissau); other members are Gabriella Citroni (Italy); Henrikas Mickevicius (Lithuania); and Tae-Ung Baik (South Korea).

The Group was established by the then UN Commission on Human Rights in 1980 to assist families in determining the fate and whereabouts of disappeared relatives. It endeavours to establish a channel of communication between the families and the governments concerned, to ensure that individual cases are investigated, with the objective of clarifying the whereabouts of persons who, having disappeared, are placed outside the protection of the law. It also provides assistance in the implementation by States of the UN Declaration on the Protection of All Persons from Enforced Disappearance.

Special Procedures mandate-holders are independent human rights experts appointed by the Human Rights Council to address either specific country situations or thematic issues in all parts of the world. They are not UN staff and are independent from any government or organization. They serve in their individual capacity and do not receive a salary for their work.