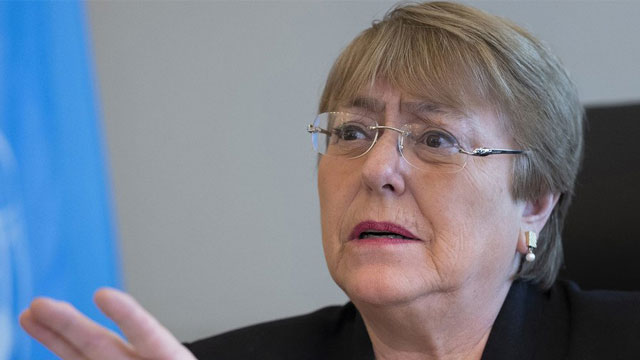 The United Nations on Friday said Bangladesh authorities should investigate into the allegations of enforced disappearances, extrajudicial killing and torture thoroughly.

In the briefing, M Mushfiqul Fazal asked, “The UN High Commissioner for Human Rights, Michelle Bachelet, conclude her visit to Bangladesh this week and called an independent and transparent investigation to allegation of enforced disappearances, extrajudicial killing and torture. On the eve of the rights chief’s four-day visit to Bangladesh, a Sweden-based news portal, Netra News, has revealed the location of a secret prison, Aynaghar, in which the victims of enforced disappearances are kept in Bangladesh by the intelligence agency, DGFI. The documentary on Aynaghar clearly reveals how the state organisation has been making people victims of enforced disappearances and killing them. I’m wondering who will do the investigation? As the ruling regime itself is involved in this unlawful and inhuman activities, is it possible to form an independent investigation commission by the Secretary-General, as opposition and rights groups are asking for that?”

In reply the deputy spokesperson said, “I don’t have any comment on whether there would be anything like that. At this stage, the important thing is for the authorities to investigate the matter thoroughly.”

“And, beyond that, I would just refer back to the press remarks that the High Commissioner For Human Rights, Michelle Bachelet, made as she concluded her trip.”