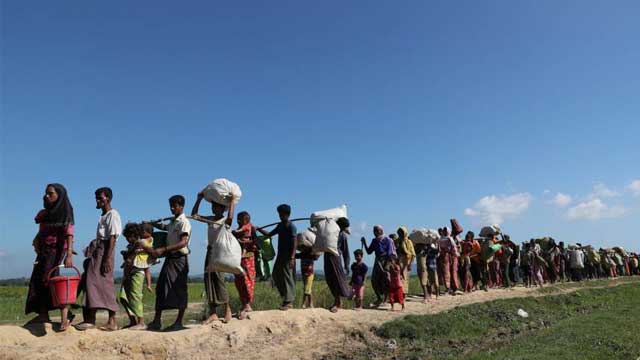 The United Nations High Commissioner for Refugees (UNHCR) and United Nations Development Programme (UNDP) today signed extension of a memorandum of understanding (MoU) with Myanmar for one year aimed at creating conducive conditions for voluntary and sustainable repatriation of the Rohingya from Bangladesh.

The MoU was first signed in Naypyiday on June 6 last year, which has been extended for one more year.

The MoU provides a framework of cooperation to create improved and resilient livelihoods for all communities living in northern Rakhine state, according to a press release.

All the parties – UNHCR, UNDP and Myanmar’s Ministry of Labor, Immigration and Population – have reaffirmed their full commitment to the timely and effective implementation of the MoU, it said.

Myanmar and Bangladesh signed a deal on repatriation of the Rohingya in November, three months after some 750,000 Rohingya had fled military crackdown by the Myanmar military.

Repatriation was scheduled to start in November last year, but the Rohingyas did not agree, saying the conditions in Myanmar were not conducive.