UN enlists chefs to lead in campaign for sustainable food

Tackling climate change, one bite at a time 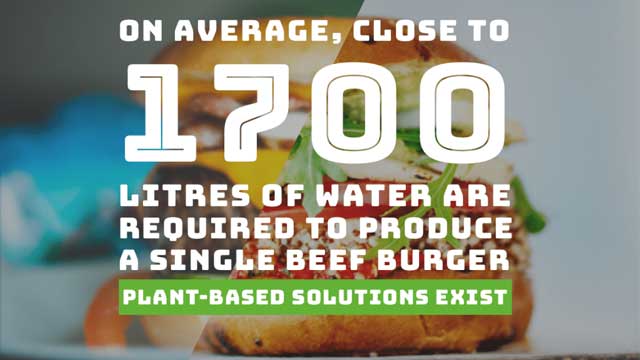 Chefs from around the world will help the United Nations kick-off a new campaign today – Sustainable Gastronomy Day – that aims to engage people in the global effort to tackle climate change through healthy and sustainable food choices, said a press release issued by UN.

Leading chefs will spearhead the challenge and provide inspiration by presenting their own creations which will be featured on the United Nations’ platforms to create a global wave of culinary creativity as people share their favorite recipes and photos.

The UN’s ActNow campaign aims to generate momentum towards the Secretary-General’s Climate Action Summit on 23 September 2019, where leaders from governments, business and civil society will demonstrate large-scale plans to significantly reduce emissions and build climate resilience and adaptation.

“It is clear that since 2015, progress has been made across a number of the Sustainable Development Goals. The 2030 Agenda for Sustainable Development and the Paris Agreement on Climate Change have inspired an impressive early response from Governments, the private sector, local authorities, civil society, the scientific community and many more. But it is also clear that we must move much further and much faster to achieve our Goals by 2030’” said UN Deputy Secretary-General Amina J. Mohammed. “We can achieve the SDGs by 2030. We can win the race against climate change. But individuals have a big role to play, and through the ActNow Campaign, we aim to bring all people into the collective effort to limit climate change and build a sustainable world.”

Joining the campaign is the Copenhagen-based non-profit MAD, founded by Chef René Redzepi of world-renowned restaurant noma, working to transform our food system by giving chefs and restaurateurs the skills, community, time and space to create real and sustainable change. Alongside MAD, will be the International Fund for Agricultural Development (IFAD), the SDG2 Advocacy Hub, and Kitchen Connection, which are working to engage chefs in the sustainable food movement.

With agriculture contributing to about one-fifth of global emissions, largely through food waste and meat consumption, the UN’s ActNow campaign will showcase the efforts and recipes of renowned chefs who are cooking with ingredients that can help reduce greenhouse gases and damage to the environment.

Food consumption is impacting the climate in many ways. The destruction of rainforests to create land for agriculture, along with growing demand for meat, are major contributors to increasing greenhouse gases. And one-third of the food that is produced in the world each year – approximately 1.3 billion tonnes at an economic cost of $940 billion to farmers, companies, and consumers – is lost or wasted, according to the UN’s Food and Agriculture Organization. Wasted food is responsible for roughly 8 per cent of global emissions – if food waste were a country, it would have the third largest emissions in the world.

As more and more chefs and other food suppliers are focusing on local and organic produce and shifting away from meat-heavy meals and fast food, the UN’s ActNow campaign aims to inspire even more people to enjoy sustainable, climate-conscious and delicious food.

Melina Shannon-DiPietro, Executive Director of MAD, says: “At MAD, and in speaking with chefs from around the globe, I’m reminded over and over again that the restaurant world is driven by a sense of creativity, care, and hospitality. Their commitment to the environment is driven by that same values, and the UN’s ActNow campaign gives our restaurant community the opportunity to share their best practices and most creative discoveries with one another and the public.”

“All ingredients are blessings from nature – vegetables, fruits, seafood – these are all affected by climate change,” said Chef Katsuhiro Nakamura, FAO National Goodwill Ambassador for Japan. “That is a huge loss for us. We have to preserve nature. Disgracing nature ties in with climate change, and ultimately, affects what we eat.”

Climate change is affecting some of the essential ingredients used in the main meal of the day, said Italian celebrity chef Carlo Cracco. "My work with IFAD and farmers in Cambodia and Morocco shows that these family farmers need to adapt to climate change impacts now, and that working with IFAD adaptation to climate change can actually increase food security and income."

In addition to the chefs, the ActNow campaign is inviting people around the world to make their individual contribution to sustainable food consumption. The challenge is to cook up dishes that are not only delicious but also good for the planet and good for us – reducing meat and emphasizing diverse vegetarian ingredients instead.

New York-based Chef Grace Ramirez said, “Confronting the climate crisis can feel overwhelming, but the ActNow food challenge offers a simple place to start -- your plate. With a few green hacks and tips on how to cook and entertain more sustainably, we can all make decisions that have less harmful effects on the environment.”

ActNow is the United Nations’ global call to individual action on climate change. The campaign is a critical part of the UN’s coordinated effort to raise awareness, ambition, and action for climate change and accelerate implementation of the Paris Agreement.

The campaign began at the Conference of the Parties to the United Nations Framework Convention on Climate Change in December 2018, when Sir David Attenborough launched the ActNow.bot. Taking advantage of technical innovation, the campaign harnesses advances in Artificial Intelligence to spur behavior change. The ActNow.bot recommends everyday actions to reduce our carbon footprints – like traveling more sustainably, saving energy or eating less meat.