Not the time to reduce the resources of WHO: UN chief 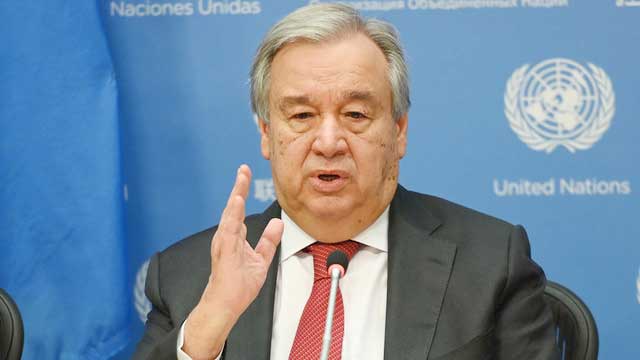 It is "not the time to reduce the resources for the operations of the World Health Organization or any other humanitarian organization in the fight against the virus," United Nations Secretary General Antonio Guterres said Tuesday.

"It is my belief that the World Health Organization must be supported, as it is absolutely critical to the world's efforts to win the war against COVID-19," he said, after US President Donald Trump announced earlier that his country would cut off funding to the UN health body for mishandling the coronavirus pandemic, AFP reports.

A U.S. official told Reuters that Trump made the move despite pushback within his administration, especially from top health advisers. There was no immediate reaction from the WHO, which has been appealing for more than $1 billion to fund operations against the pandemic.

The United States is the biggest overall donor to the WHO, contributing more than $400 million in 2019, roughly 15% of its budget.

Nearly 2 million people globally have been infected and more than 127,000 have died since the disease emerged in China late last year, according to a Reuters tally.