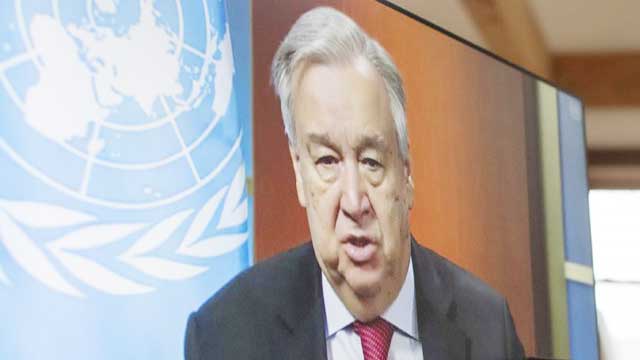 UN secretary-general Antonio Guterres called Friday for an ‘all-out effort’ to end the ‘tsunami of hate and xenophobia’ sparked by the novel coronavirus pandemic, without naming specific countries.

‘The pandemic continues to unleash a tsunami of hate and xenophobia, scapegoating and scaremongering,’ Guterres said in a statement.

‘Anti-foreigner sentiment has surged online and in the streets. Anti-Semitic conspiracy theories have spread and COVID-19-related anti-Muslim attacks have occurred.’

According to Guterres, migrants and refugees have been ‘vilified as a source of the virus — and then denied access to medical treatment.’

Meanwhile, ‘contemptible memes have emerged suggesting’ that older people, some of the most vulnerable to the virus, ‘are also the most expendable,’ he said.

The UN chief appealed for ‘an all-out effort to end hate speech globally,’ and singled out educational institutions to help teach ‘digital literacy’ to young people -- whom he called ‘captive and potentially despairing audiences.’

Guterres also called on ‘the media, especially social media companies, to do much more to flag and... remove racist, misogynist and other harmful content.’-AFP