'I'm all for masks,' says Trump in change of tone 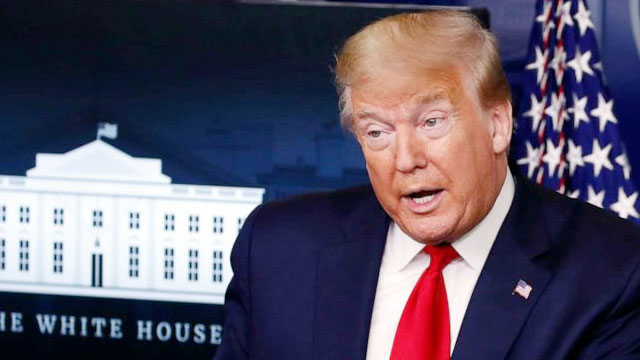 US President Donald Trump, who has avoided being seen in public wearing a face covering, said on Wednesday he would wear a mask if he were in close quarters with other people in an effort to prevent the spread of the coronavirus.

"I'm all for masks," Trump told Fox Business Network. "If I were in a tight situation with people I would absolutely" wear a mask, he added.

Trump said, however, he did not think mask-wearing needed to be made mandatory nationwide "because you have many places in the country where people stay very long distance."

Trump has become increasingly isolated within the Republican Party for not promoting the use of a mask by Americans against the virus with the number of infections going up in a number of states.

Senate Majority Leader Mitch McConnell, who said on Tuesday "we must have no stigma" about wearing masks, told Fox News Channel that Trump's remarks were welcome.

"I think it's helpful," he said.-Reuters