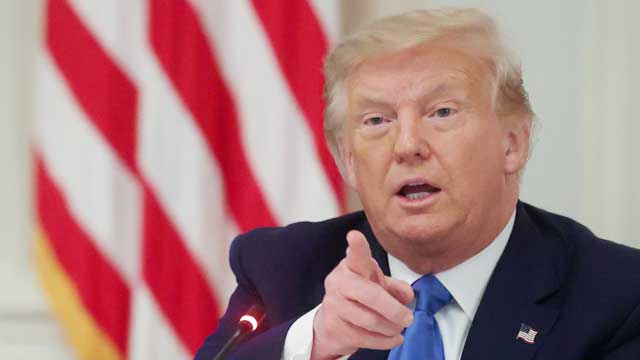 President Donald Trump on Tuesday cast a massive explosion that killed dozens of people and wounded thousands in Lebanon's capital, Beirut, as a possible attack and offered US help.

"It would seem like it [was a bomb], based on the explosion. I met with some of our great generals and they just seem to feel that it was," Mr Trump said.

When asked to clarify what he meant by an attack he said: "This was not a some kind of a manufacturing explosion type of event … according to them, they would know better than I would, but they seemed to think it was an attack. It was a bomb of some kind. Yes."-Reuters