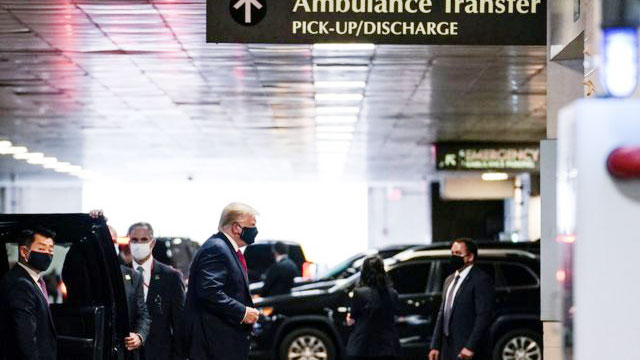 “I have a wonderful brother,” Trump said at a White House news conference. “We’ve had a great relationship for a long time, on day one. He’s in the hospital right now. Hopefully, he’ll be alright, but he is having a hard time.”

President Trump arrived by helicopter in lower Manhattan on Friday afternoon and was escorted by NYPD patrol cars as hundreds of New Yorkers gathered for Trump’s brief trek uptown past New York-Presbyterian Hospital for the family visit.