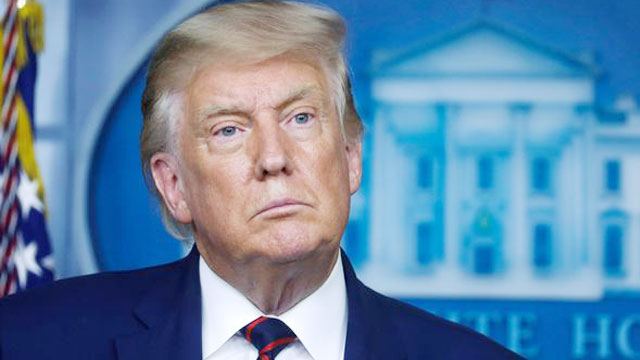 Donald Trump has been nominated for a Nobel Peace Prize for the 'historic peace agreement' between Israel and the United Arab Emirates.

The nomination is understood to have come from Christian Tybring-Gjedde - a right wing anti-immigration politician who is a member of the Norwegian Parliament.

Tybring-Gjedde claimed Trump had he had met three conditions needed to be considered for the peace prize.

He said: "The first one is fellowship among nations and he has done that through negotiations.

"Reduction of standing armies - he has reduced the number of troops in the Middle East and the third criteria is promotion of peace congresses."

Tybring-Gjedde said Trump had made "tremendous efforts" in brokering peace.

Fiercely anti-immigration, much like Trump, Tybring-Gjedde once compared the hijab to Ku Klux Klan and Nazi outfits.

As member of the Norwegian parliament, in 2006 he also nominated Islam-critical filmmaker Ayaan Hirsi Ali for the Nobel Peace Prize, although she did not win.

Over time, many individuals have become known as "Nobel Peace Prize Nominees", but this designation has no official standing, and means only that one of the thousands of eligible nominators suggested the person's name for consideration.

Tybring-Gjedde told Fox News that he was "not a big Trump supporter" but cited he "played a "key role in facilitating contact between conflicting parties... such as the Kashmir border dispute between India and Pakistan, and the conflict between North and South Korea."

Tybring-Gjedde added: "The committee should look at the facts and judge him on the facts – not on the way he behaves sometimes.

"The people who have received the Peace Prize in recent years have done much less than Donald Trump."-Mirror