US election: All eyes on November 3 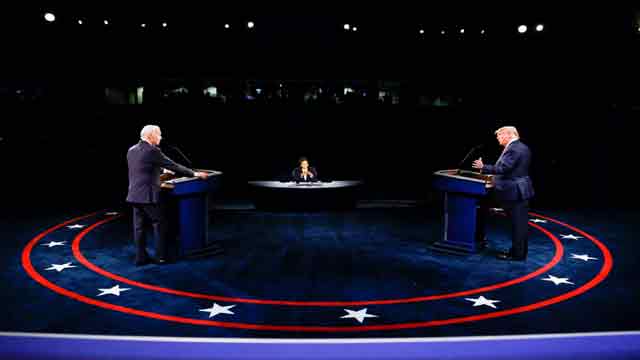 Like the rest of the world, the people of Bangladesh are also eagerly waiting to see what happens on November 3, the day voters of the United States of America, the most powerful country in the world both economically and militarily, will vote to elect their president.

Although, in-person polling will take place on Tuesday, about 90 million out of about 240 million eligible voters have already voted early through mail-in ballots.

With a record number of early voting this year, the turnout of the US presidential election is going to be the highest in history of the country, experts have told an event titled "2020 US Presidential Election Reporting Seminar."

The 14-day seminar from October 25 to November 7 is being organized by the East-West Center, an independent, public, nonprofit organization with funding from the US government.

It promotes better relations and understanding among the people and nations of the United States, Asia, and the Pacific through cooperative study, research, and dialogue.

Twelve journalists, including one from Dhaka Tribune, are participating in the event virtually from across the globe.

It is expected that 150 million to 160 million people will vote in this election, said the experts.

So, more than 60% American voters have already cast their ballots.

As a country that is fond of conducting opinion polls, various organizations have so far done numerous polls.

So far, around 1,500 opinions were conducted for this year's election, said Scot Keeter, senior survey adviser of the Pew Research Center.

As of now, the opinion polls are showing a double-digit lead nationwide for Democratic nominee and former vice president Joe Biden over President Donald Trump. If history is any guide, it is safe to say that this gap is hard to overcome only three days leading to the election day.

Same thing happened to Democratic nominee, the then vice president Al Gore in 2000. Despite winning more popular votes, he was beaten by George W Bush due to the electoral college system.

Against the backdrop of such a scenario, this year's election, like the ones before, will be decided by what the Americans call battleground states.

There are around 10 battleground states this year that will determine the fate of Donald Trump and Joe Biden.

Apart from one or two, Democratic nominee Biden is leading in all the battleground states. But, his lead is within the margin of error which indicates that the presidency could be either way.

The Democrats are enjoying an advantage in the early voting so far. However, the trend in the USA is Republicans tend to prefer in-person voting than mail-in voting. This is one of the main reasons behind Trump's victory in 2016.

From the 2016 experience, the Democratic Party is encouraging its supporters to vote in person in greater numbers.