Teams Trump and Biden each see path to victory 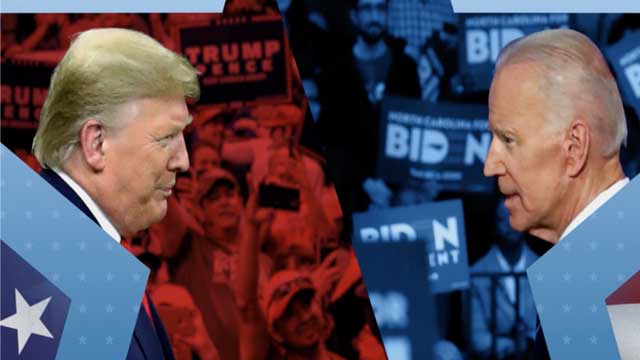 As the election hangs in the balance, the campaign teams for both candidates maintain they’ve done enough to win the White House.

The race has come down to a handful of swing states where ballots are still being counted.

"The Democrats are pushing to count late ballots. Why? They know, and we know, that if we count all legal ballots, we win,” Trump’s campaign manager Bill Stepien told reporters on Wednesday.

According to the campaign’s own figures, Trump appeared on course to win Arizona by 30,000 votes, Pennsylvania by 40,000 votes and Nevada by 55,000 votes, Stepien said.

He described Wisconsin, where projected results indicate Biden has a lead of about 1%, as being in “recount territory”.

Meanwhile, Team Biden has released its own set of estimates.

It is not clear how either campaign team has arrived at these estimates. They cannot be verified by the BBC, which is projecting results based on its own data.