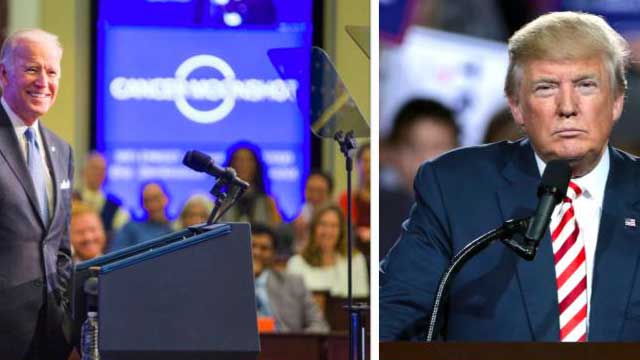 Former vice president Joe Biden, making his third run at the White House, was tantalizingly close to victory on Thursday as President Donald Trump sought to stave off defeat with scattershot legal challenges.

Biden, 77, needs a total of 270 votes to capture the Electoral College that determines the White House winner and the magic figure was in reach with several states expected to announce their results on Thursday.

Fox News and AP news agency projected Biden as the winner in Arizona on Tuesday night. But other outlets have yet to do so and vote-counting continues in the state, where Biden has a fairly healthy lead.

The Democratic hopeful could pick up the votes needed for victory from other states where counting was continuing on Thursday -- Georgia, Nevada or Pennsylvania.

With 86 percent of the vote counted, Biden has a razor-thin 8,000-vote lead in Nevada, which has six electoral votes.

Nevada was won by Hillary Clinton in 2016 and much of the outstanding vote is from areas of the western state that skew towards Democrats.

Trump, 74, has sizeable leads in Georgia and Pennsylvania but Biden has been making gains as the votes continue to be tallied and his campaign is confident he can overtake the president.

"ANY VOTE THAT CAME IN AFTER ELECTION DAY WILL NOT BE COUNTED!"

Pennsylvania, Biden's birthplace, has 20 electoral votes and was considered one of the major prizes in Tuesday's election.

Georgia, with 16 electoral votes, has been a reliably Republican state but could land in the Democratic column for the first time since Bill Clinton won it in 1992.

Trump won both states in 2016 in carving out his upset victory over Hillary Clinton.

With defeat looming, Trump launched multiple legal challenges on Wednesday, announcing lawsuits in Georgia, Michigan and Pennsylvania and demanding a recount in Wisconsin, where Biden won by just 20,000 votes.

In Michigan, the campaign filed a suit to halt vote tabulation, saying its "observers" were not allowed to watch at close distances.

And while Trump was demanding that vote-counting be halted in Georgia and Pennsylvania -- where he is leading -- his supporters were insisting that it continue in Arizona and Nevada -- where he is trailing.-AFP