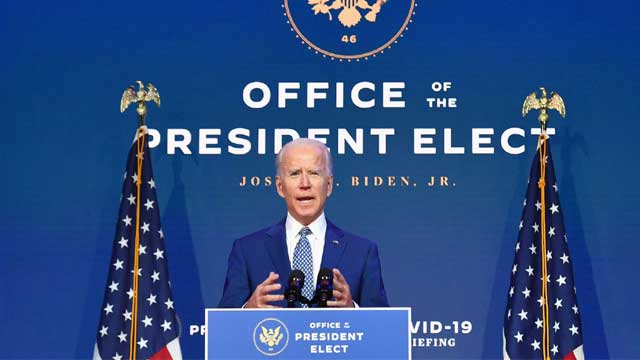 The president-elect spoke with Chile President

The president-elect thanked President ebastián Piñera for his congratulations and expressed his strong desire to deepen the U.S. relationship with Chile. He congratulated President Piñera on Chile’s recent decision to update its constitution in a manner that will lead to a stronger and more equitable democracy.

He further pledged to work closely with Chile to help the Americas recover from the economic and public health challenges posed by the COVID-19 pandemic, strengthen hemispheric institutions, manage regional migration, and rebuild cooperation in addressing global challenges such as climate change.

The president-elect thanked Indian Prime Minister Narendra Modi for his congratulations and expressed his desire to strengthen and expand the U.S.-India strategic partnership alongside the first vice president of South Asian descent.

The president-elect noted that he looks forward to working closely with the prime minister on shared global challenges, including containing COVID-19 and defending against future health crises, tackling the threat of climate change, launching the global economic recovery, strengthening democracy at home and abroad, and maintaining a secure and prosperous Indo-Pacific region.

The president-elect expressed his determination to ensure that the U.S.-Israel relationship is strengthened and enjoys strong bipartisan support.

The president-elect offered his gratitude for President Rivlin’s congratulations and underscored his deep commitment to Israel’s security and its future as a Jewish and democratic state.

The president-elect noted that he looks forward to working with Israel to build an ever stronger partnership between our two countries.

Biden thanked President Ramaphosa for his congratulations and expressed his desire to deepen America’s strategic partnership with South Africa.

The president-elect underscored our shared interest in tackling corruption, containing COVID-19, laying the foundation for a sustainable global economic recovery, and addressing the threat of climate change.

He also thanked President Ramaphosa for his leadership of the African Union and shared his intention to deepen America’s partnership with African institutions, governments, and citizens.Source: Biden Transition