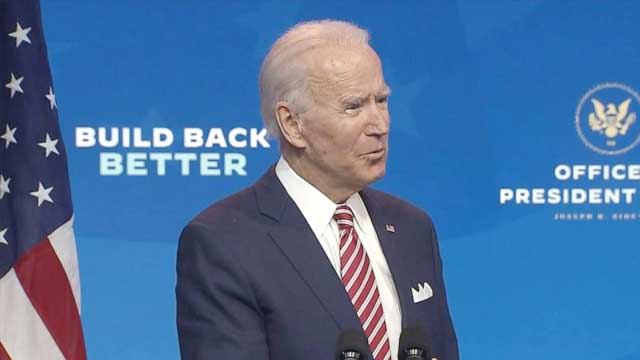 These diverse, experienced, and talented individuals demonstrate President-elect Biden’s commitment to building an administration that looks like America, has deep expertise governing, and will be ready to help the president-elect deliver results for working families on day one.

“I am proud to announce additional members of my senior team who will help us build back better than before. America faces great challenges, and they bring diverse perspectives and a shared commitment to tackling these challenges and emerging on the other side a stronger, more united nation,” said President-elect Joe Biden.

“President-elect Biden and Vice President-elect Harris have an ambitious and urgent agenda for action. The team we have already started to assemble will enable us to meet the challenges facing our country on day one,” said incoming White House Chief of Staff Ron Klain.

Biographies of the appointees are listed below in alphabetical order: 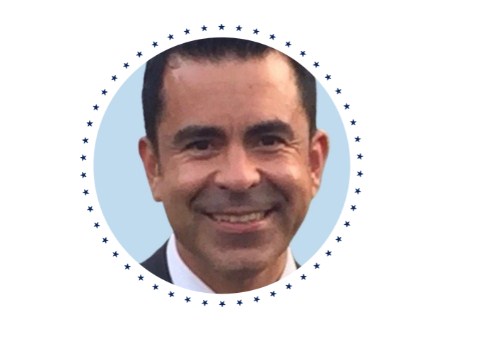 Anthony Bernal was Deputy Campaign Manager and Chief of Staff to Dr. Jill Biden on the Biden-Harris Campaign. Bernal has served as a trusted advisor and assistant to the Biden family for more than a decade. From 2017 to 2019, he served as Chief of Staff in the Office of Dr. Biden.

Bernal began his career in public service at the White House under both President Bill Clinton and Vice President Al Gore on their scheduling and advance teams. Following the 2000 election, Bernal held a number of positions outside of government, including international relations work at the Coca-Cola Company and AARP, and as Director of Financial Administration of the Democratic National Convention Committee and Chief of Staff at the ALS Therapy Development Foundation, a non-profit biotechnology company. A native of Arizona, he is a graduate of the University of Texas at El Paso and attended Carleton College. 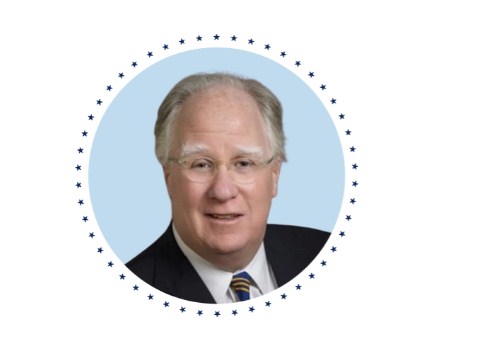 Mike Donilon served as Chief Strategist for the Biden-Harris Campaign, where he was responsible for overseeing message discipline and development, television advertising, speechwriting, and polling and research.

Previously, Donilon served as Counselor to then-Vice President Biden in the White House. Donilon has been a nationally recognized strategist, media consultant and pollster for nearly four decades, having been part of six US presidential campaigns and more than 25 winning US Senate, gubernatorial, US House and mayoral campaigns. 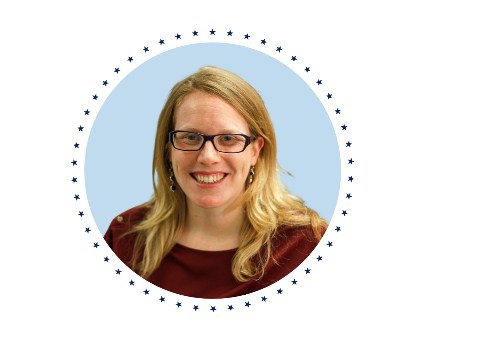 Jen O’Malley Dillon served as the Campaign Manager for the Biden-Harris campaign. She was the first female campaign manager for a successful Democratic presidential campaign.

A veteran of seven presidential campaigns, O’Malley Dillon has worked in leadership and organizing positions on campaigns at every level – from state senate and mayoral races to congressional, gubernatorial, and senate campaigns.

Prior to joining the Biden campaign in March 2020, she was the Campaign Manager for Beto O’Rourke’s presidential campaign and was a founding partner at Precision Strategies, a communications, digital, and data-targeting firm. Previously, she served as Deputy Campaign manager for President Obama’s 2012 re-election campaign, Executive Director of the Democratic National Committee, and battleground states director for Obama’s 2008 campaign.

In her 2012 role, she oversaw the largest field, education, political outreach, and data analytics organization in the history of presidential campaigns. A native of Massachusetts, O’Malley Dillon is a graduate of Tufts University and a mom of three young children. 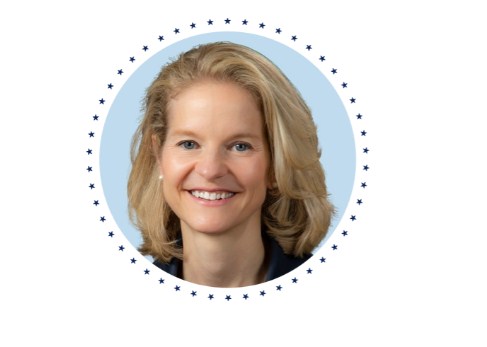 During the Obama-Biden administration, Remus was the Deputy Assistant to the President and Deputy Counsel for Ethics. Previously, she was a Professor of Law at the University of North Carolina School of Law, where she specialized in legal and judicial ethics and the regulation of the legal profession. Remus clerked for U.S.

Supreme Court Associate Justice Samuel A. Alito, Jr. and Judge Anthony J. Scirica of the U.S. Court of Appeals for the Third Circuit, and was an associate at Cravath, Swaine & Moore LLP. A native of New Hampshire, Remus is a graduate of Harvard College and Yale Law School. 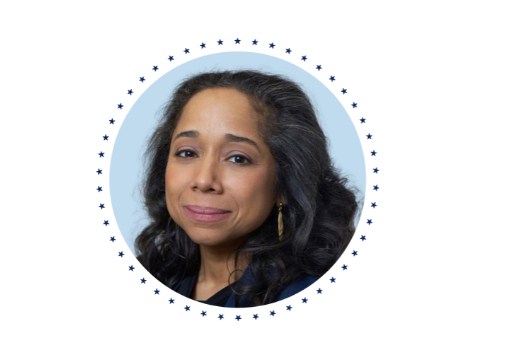 Julissa Reynoso Pantaleon is a partner at the law firm of Winston & Strawn. During the Obama-Biden administration, Reynoso served as U.S. Ambassador to Uruguay and as Deputy Assistant Secretary of State for the Western Hemisphere in the U.S.

Department of State, where she developed comprehensive security and rule of law strategies for Central America and the Carribean. Reynoso serves on the boards of several nonprofit and advocacy organizations, and was on the faculty of Columbia Law School and Columbia’s School of International and Public Affairs. She serves as trustee for New York-Presbyterian Hospital and for Columbia University, and is on the Board of Directors of the Lawyers’ Committee for Civil Rights Under the Law and the Truman National Security Project.

Reynoso was born in the Dominican Republic, migrated to the United States at the age of seven, and grew up in the Bronx, New York City. She clerked for Judge Laura Taylor Swain of the Southern District of New York, and is a graduate of Harvard University, the University of Cambridge, and Columbia Law School.

Steve Ricchetti, Counselor to the President 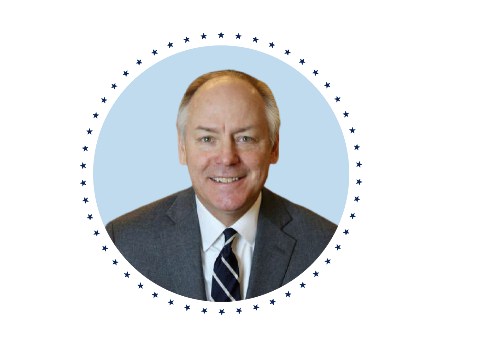 Before joining the Obama-Biden administration in 2009, Ricchetti was the founder and president of an independent government relations and political consulting firm.

Prior to joining the Biden-Harris campaign, Ricchetti was Managing Director of the Penn Biden Center. A native of Ohio, Ricchetti is a graduate of Miami University and George Mason University School of Law.

Cedric Richmond, Senior Advisor to the President and Director of the White House Office of Public Engagement 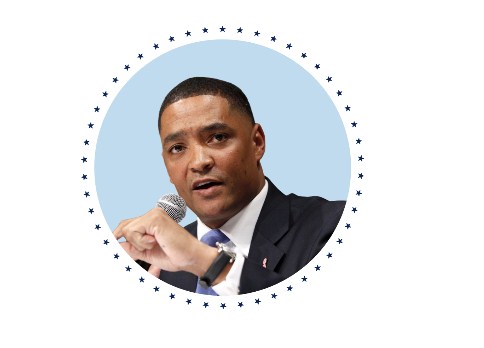 Richmond was a leader in helping to enact landmark criminal justice reform and ensuring that the people of Louisiana’s 2nd District were prepared for emergencies and natural disasters through his oversight of the Federal Emergency Management Agency on the House Committee on Homeland Security.

Born and raised in New Orleans, Richmond is a graduate of Morehouse College and Tulane University School of Law, where he was inducted into the Hall of Fame. 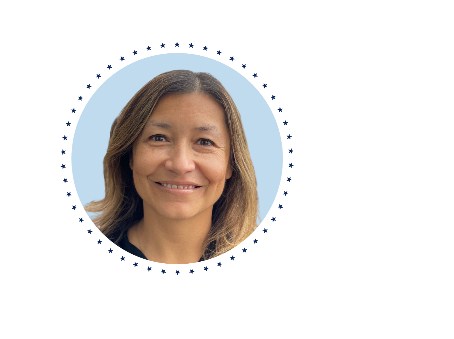 Julie Chavez Rodriguez served as a Deputy Campaign Manager on the Biden-Harris Campaign. Before that, she was National Political Director and traveling Chief of Staff for then-Senator Kamala Harris’ presidential campaign.

Before joining the White House, Chavez Rodriguez served as the Director of Youth Employment at the Department of the Interior and as Deputy Press Secretary to former Secretary of the Interior Ken Salazar. Earlier in her career, she served as the Director of Programs at the Cesar E. Chavez Foundation. A native of California, she is a graduate of the University of California, Berkeley. 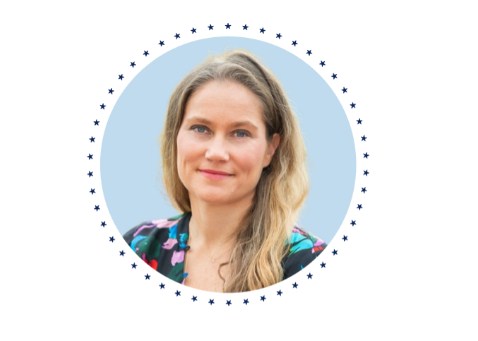 Annie Tomasini serves as President Elect Biden’s Traveling Chief of Staff, where she ensures the execution of day to day affairs and provides strategic counsel to the President Elect. Tomasini has served the Biden family for over a decade in several positions, including as Deputy Press Secretary for Vice President Biden and Press Secretary for Senator Biden when he was Chairman of the Senate Foreign Relations Committee.

Previously, Tomasini was Senior Director of State, Local, and Community Relations and Strategic Outreach at Harvard Public Affairs and Communications, where she oversaw the relationships with Harvard University’s external stakeholders, host communities, and state and local government. She began her career at Rasky Partners Inc, one of the largest public relations firms in New England.

Tomasini also serves on the non-profit Board of Directors for the Boys and Girls Club of Dorchester. A native of Massachusetts, Tomasini is a graduate of Boston University. Source: Biden Transition