Biden scraps ban on US funds for abortion counseling 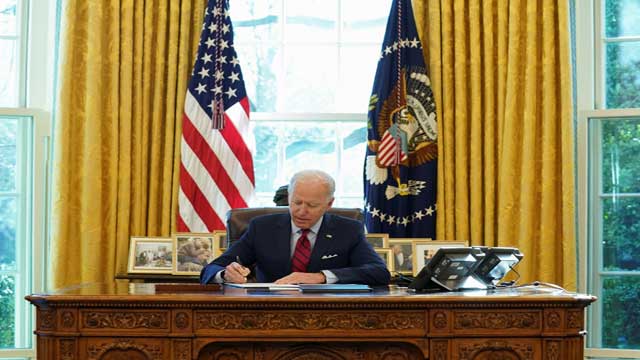 President Joe Biden on Thursday rescinded a ban on US aid money going to abortion counseling overseas, risking political blowback on a highly divisive issue just days into his administration.

On the eve of the anti-abortion movement’s annual March for Life, Biden overturned the so-called Mexico City Policy of 1984, which bars US funding for international non-profit organizations that offer abortion counseling or referrals.

The move was part of a broad package of health-related measures by the new Democratic president at a time when the country is reeling from Covid-19 and grappling with a health care system that leaves millions of people uninsured.

“It is the policy of my administration to support women’s and girls’ sexual and reproductive health and rights in the United States, as well as globally,” the order that Biden signed said.

The restrictions on abortion-linked aid “undermine the United States’ efforts to advance gender equality globally by restricting our ability to support women’s health and programs that prevent and respond to gender-based violence,” it said.

Biden also ordered a review of rules under Donald Trump’s administration that blocked government funding for family planning clinics in the United States that refer women for abortions.

US support for the fund was cut off by the Trump administration based on allegations, which the fund strongly denied, that it supported forced sterilization and coerced abortions in China.

Blinken also said the United States will withdraw its name from the 2020 Geneva Consensus Declaration, a statement of opposition to abortion by more than 30 countries.

“The United States is re-engaging multilaterally to protect and promote the human rights of all women and girls, consistent with the long-standing global consensus on gender equality and sexual and reproductive health and reproductive rights,” Blinken said in a statement.

Biden has approached the abortion issue gingerly, rarely using the word itself.

Abortion has been legal in the United States since a landmark 1973 Supreme Court decision that guaranteed a woman’s “right to choose.”

Biden’s Democratic base largely supports abortion rights, and he has consistently supported the 1973 high court ruling.

But he is also a devout member of the Catholic Church which is firmly opposed to abortion.
Pressed last week on the new president’s abortion stance — particularly on legislation known as the Hyde Amendment that would prevent federal funds from being used by Americans to pay for abortion — White House spokeswoman Jen Psaki declined to answer directly.

“I will just take the opportunity to remind all of you that he is a devout Catholic and somebody who attends church regularly,” she told reporters.

Biden signed the order just one day before the annual March for Life by the anti-abortion movement.
The march usually brings tens of thousands to Washington but, due to the Covid-19 pandemic, will be held mostly online this year.

“Funneling US tax dollars to abortion groups overseas is an abhorrent practice that flies in the face of the ‘unity’ Joe Biden and (Vice President) Kamala Harris promised to inspire,” said Marjorie Dannenfelser, president of the anti-abortion group Susan B. Anthony List.

But numerous women’s health advocates came out in support of Biden’s move, and called on him to do more to roll back other restrictions on abortion services.

Serra Sippel, president of the Center for Health and Gender Equity, said they were “thrilled” that Biden was to reverse what they called a cruel “neo-colonial policy.”

But she said Biden needs to go further, getting US embassies and agencies actively in support of the new policy.

“Global Health partners must be able to trust in US,” she said.-AFP